Today we’re using Hatch Chiles to flavor slow roasted pulled pork. We love it on brioche buns with avocado and slaw salad but it’s great in tacos, as a pizza topping, served with egg noodles or as a topping for nachos.  Pair it with an iced cold ale and summer just keeps getting better. I know the kids have gone back to school but I’m in denial.  It’s still summer!

Pulled pork couldn’t be easier to make.  It takes time but little effort. It all starts with a peeled quartered onion and a piece of pork shoulder in a heavy pot. Add the rest of the ingredients, pop it in the oven at 300° for 6 hours and it is ready to enjoy. 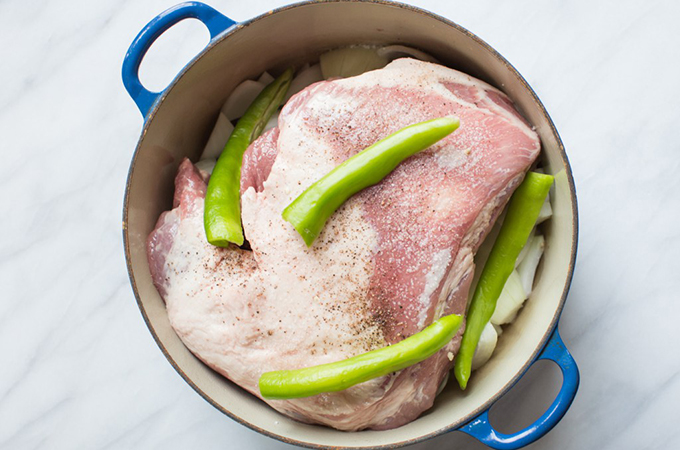 Mix together the following ingredients. It gets better as the flavors mingle.  I usually make this first and let it set in the fridge while I make everything else. 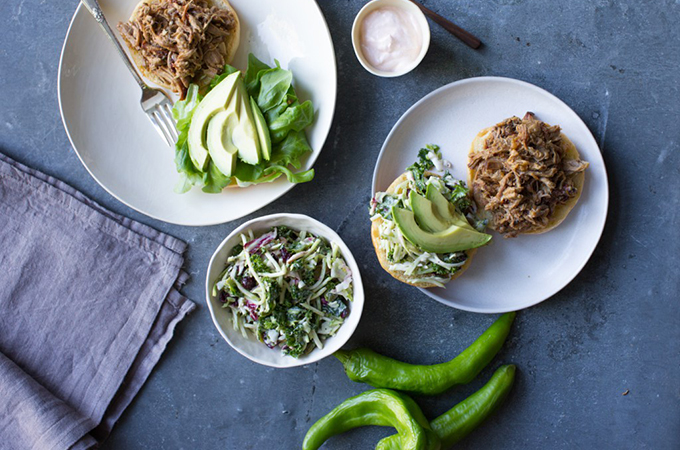