Available for a limited time at all Heinen’s locations, this exciting collaboration was a hands-on initiative for Chubb, PLBSE and Heinen’s with Chubb having an active role in every detail from the unique box design to the delicious cinnamon cereal inside.

“I’m excited to release Chubb Crunch,” says Chubb. “It’s always been a dream to have my own cereal, especially one that benefits a cause that is close to my family.”

A portion of the proceeds from the sale of Chubb Crunch benefit First Candle, an organization committed to eliminating Sudden Infant Death Syndrome (SIDS) and other sleep-related infant deaths through education, while providing support for grieving families who have suffered loss.

“Nick’s amazing abilities on the field are matched by his community focused efforts off of it. Nick is exactly the type of player and person we strive to work with,” says Troy Witt, Director of Marketing and Partnerships for PLBSE, a company that has created unique brands and lines for athletes and entertainers for more than 30 years.

The Heinen’s team is honored to work with a Cleveland icon who has brought immense hope and pride to their flagship city.

“Heinen’s is thrilled to be partnering with Nick Chubb and PLB Sports & Entertainment on Chubb Crunch. Nick has become an important part of the Cleveland sports community as well as a role model on and off the field. We feel that Nick’s values align with our own values at Heinen’s, and we are honored to serve as the exclusive retailer for Chubb Crunch,” says Kim Heinen, Manager of Packaged Goods at Heinen’s.

Whether you’re a Nick Chubb fan or simply love the world of pro football, grab a box of Chubb Crunch at Heinen’s while supplies last.

Heinen’s talented team of bakers have channeled the flavors of the fan-favorite, decades-old Daffodil Cake into a unique new confection just in time for the spring and Easter season. Created by experienced and decorated Pastry Chef and Heinen’s Central Bakery Manager, Mary Pisanelli-Marin and her team of bakers, decorators and packers, this cake features a […] 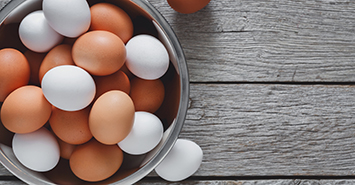 CLEVELAND [Jan. 2021] – In January 2021, all Heinen’s stores will carry only cage-free shell eggs. Heinen’s announced its goal to go cage-free five years ago when it pledged to sell only cage-free eggs by 2021. This is another way Heinen’s underscores its history of handling responsibly sourced food. “We strive to partner with companies […]

At Heinen’s, we believe that healthy eating is more than just a set of individual actions; it’s a way of life. Since 2018, Heinen’s has partnered with Dole and Captain Planet Foundation to spread the message of hands-on healthy eating by bringing several elementary schools in Cleveland and Chicago their own state-of-the-art learning gardens complete […]

The statewide indoor mask mandate in Illinois begins Monday, Aug. 30 and will include Heinen’s Bannockburn, Barrington, Lake Bluff and Glenview locations. Heinen’s offers delivery and curbside pickup (where available) as an alternative option to in-store shopping. We want to ensure we answer your questions and explain how we’re serving our customers and associates. Click here to visit […] 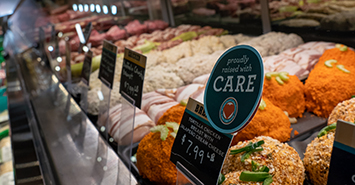 For more than 92 years, Heinen’s has upheld values of trust, transparency and integrity. Today, they’re taking their commitment one step further by verifying that Heinen’s branded beef, pork and Gerber’s chicken are raised and harvested with care.

August 2021 – At Heinen’s, we believe that healthy eating starts with knowing exactly where our food comes from. In partnering with local farmers and forming longstanding relationships with growers, producers and artisans all over the globe, we take the guess work out of grocery shopping. Our commitment to promoting healthy lifestyles expanded in 2018 […] 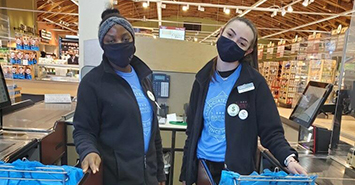 Monday, February 22, 2021 marks the first annual National Supermarket Employee Day. Created by the Food Marketing Institute (FMI) in the wake of the Covid-19 pandemic, this national celebration spotlights grocery store workers as an essential backbone of the community. As a company, Heinen’s strives to provide the best customer service and believes that finding […]

Mark your calendars because we’re preparing to roast our customer-favorite, New Mexico-grown green peppers at select Heinen’s locations! Delicious in salads, dips or paired with protein, Hatch Chiles are a seasonal staple that develop an intense depth of flavor when roasted in one of our professional roasters. Whether you plan to enjoy them now or […]