With these short winter days dinner time seems to sneak up on me. Quick and easy is my highest priority.

This creamy, roasted red pepper sauce with spirals of zucchini noodles is a super nutritious dinner option. It takes only a few minutes to throw together. Don’t get too excited, there’s no real pasta involved here. You won’t miss it though. This sauce, with a mix of almond milk and cashew milk, is so unbelievably creamy and rich it makes you feel like you are indulging is a splurge of calories but you’re not.

The added benefit is you are filling your family with great nutrients. If you make it as-is, this recipe is vegan but if you add cheese, it is vegetarian. If you want to add a bit of protein it would be delicious with grilled shrimp, chicken or even grilled skirt steak. Make it your own. 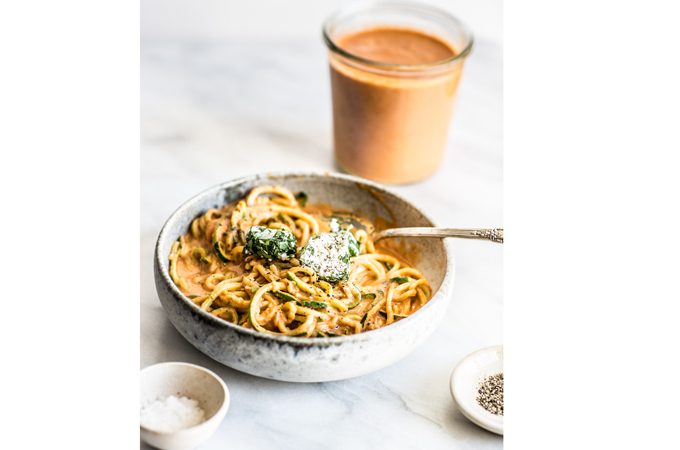 This is my favorite way to prepare zucchini noodles. Place a skillet over medium-high heat, add in some olive oil or cooking spray and, once the skillet is hot (flick water in, it should sizzle), add in the zucchini noodles. Toss the zucchini noodles lightly with pasta tongs and cook for for 3-5 minutes or until al dente – don’t let the noodles cook for longer or they’ll wilt and look lifeless. Embrace the crunch! 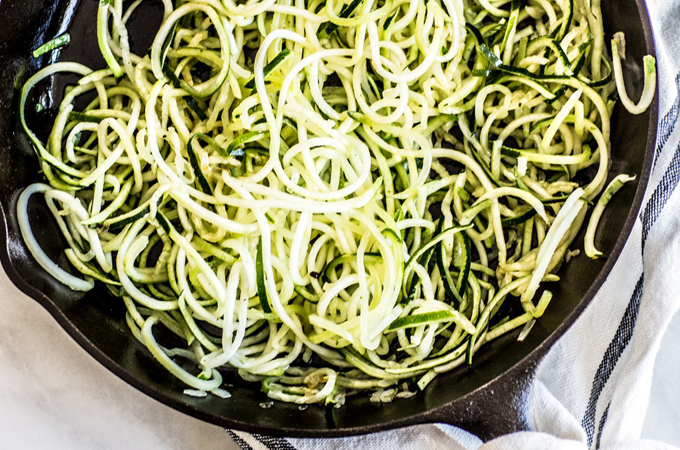 If you’re cooking more than 1 spiralized zucchini, it may take up to 5-7 minutes to cook the zucchini thoroughly. Just keep tossing so that all zucchini noodles hit the bottom of the hot skillet and cook through. Resist the urge to salt the noodles as you cook. They cook very quickly and salting the zucchini will cause it to release water creating a soggy mess. Add salt to taste once it is plated.

The red peppers  blend with garlic and both almond and cashew milk to create a tasty, rich sauce. It should be on everything: zucchini, yellow squash, pasta, whole wheat pasta, gluten free pasta or just dip hot crusty bread in it. I didn’t consider drinking it, but it might not be bad. 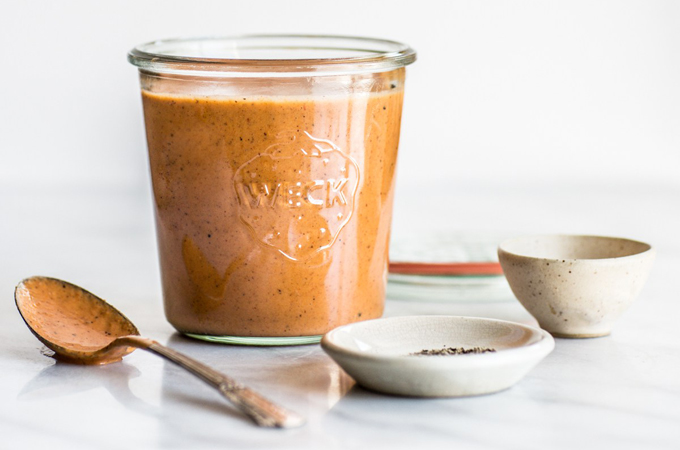 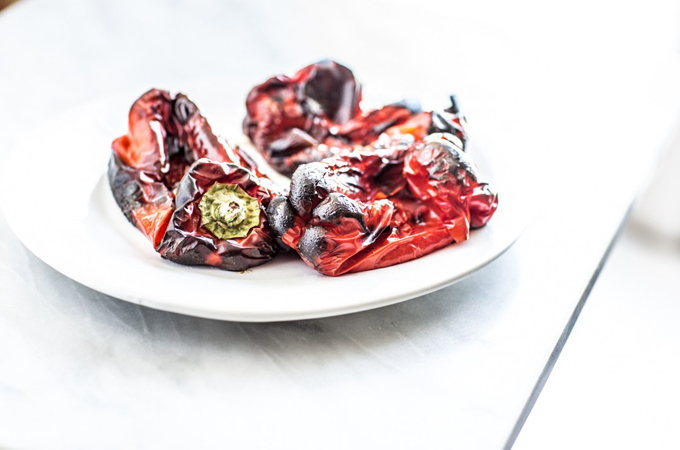 For the Zucchini Noodles 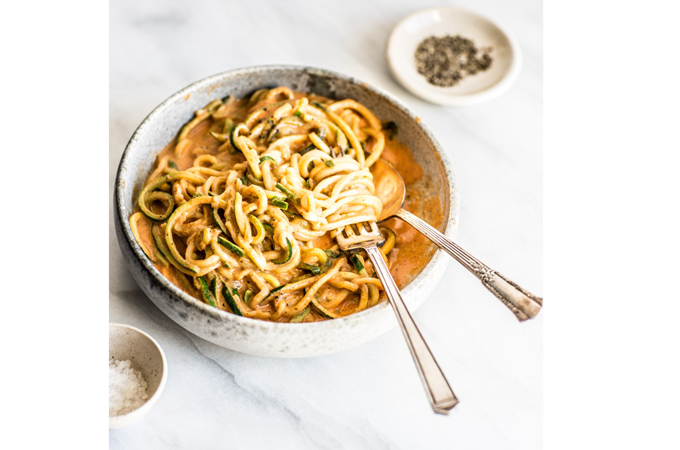