A Guide to Shucking Oysters

There’s no actual recipe with this week’s Cooking with Heinen’s post. Instead, we’re discussing OYSTERS. Shucking oysters is easier than you might think.

I’m an East Coast girl. Actually, I’m happy on any coast, but most of my time has been spent in the East. Oysters are one of my favorite foods. Until now it has been a food I only order out. Heinen’s always has a beautiful selection of fresh oysters tempting me every time I order fish so I finally decided to educate myself and learn to open or “shuck” my own oysters. It’s easier than I thought and you can do it, too!

Here’s my disclaimer…this has been my first time shucking oysters. If you’re looking at my opened oysters and thinking they look a little rough, keep in mind that I’m a rookie. I plan to get a lot more practice now that I know just how simple it is to enjoy fresh oysters at home.

You don’t need fancy oyster plates or utensils. The only tool you will need is a kitchen towel and an oyster knife. Luckily, you can pick one up right at the seafood counter at Heinen’s. When shucking or opening your oysters you will want to have a tray of crushed ice to set them on until you’re finished shucking and ready to enjoy them. You want to keep them fresh right up to the point of eating them. It’s easy and delicious to open, eat, and embellish them with a bit of cocktail sauce, horseradish, fresh lemon or mignonette sauce (a mixture of minced shallots and white vinegar), but they are just as delicious right out of the shell.

Here are a few quick tips:

Now that you know a few helpful tips, here’s a step-by-step guide to shucking oysters…

These are Blue Point Oysters from Heinen’s. 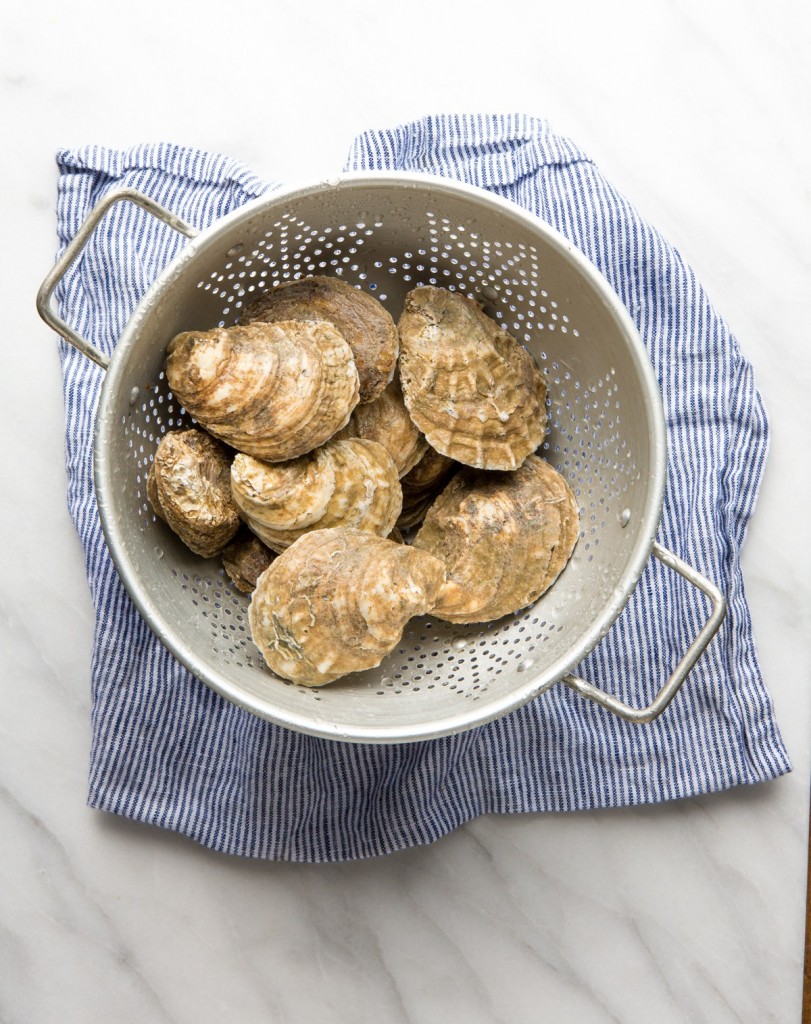 Use the right tool.

Get yourself an oyster knife. Shuck on a flat surface. Have a glove or kitchen towel to protect your hand. 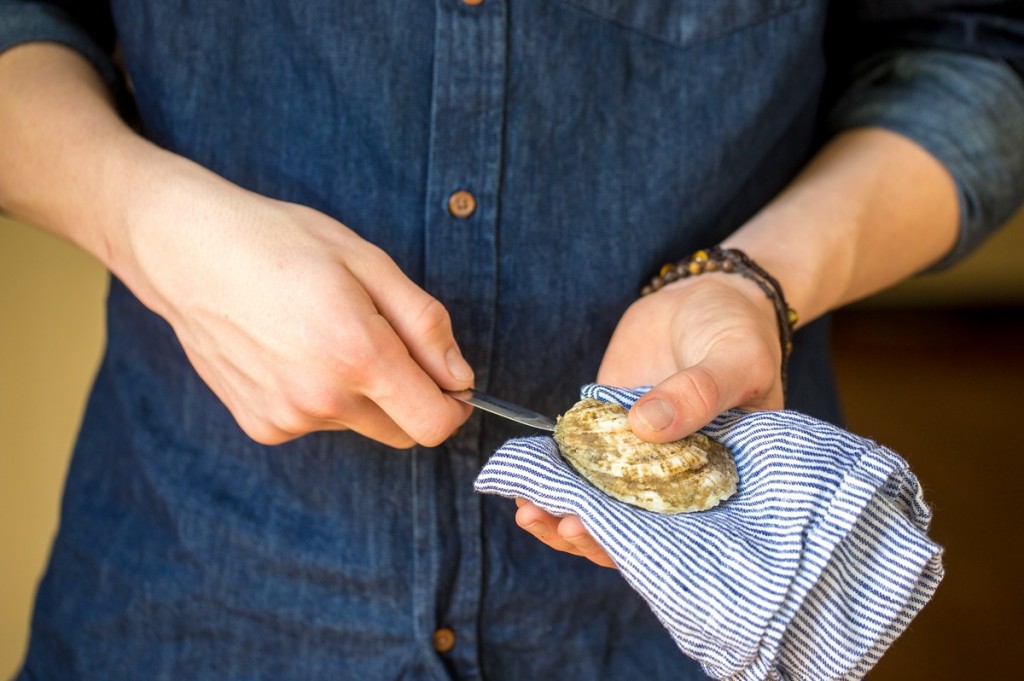 Start at the hinge.

Shimmy the knife blade, pointed down, into the hinge until it feels secured. Twist/torque the knife like turning a doorknob to pop open the shell. Don’t pry up and down. 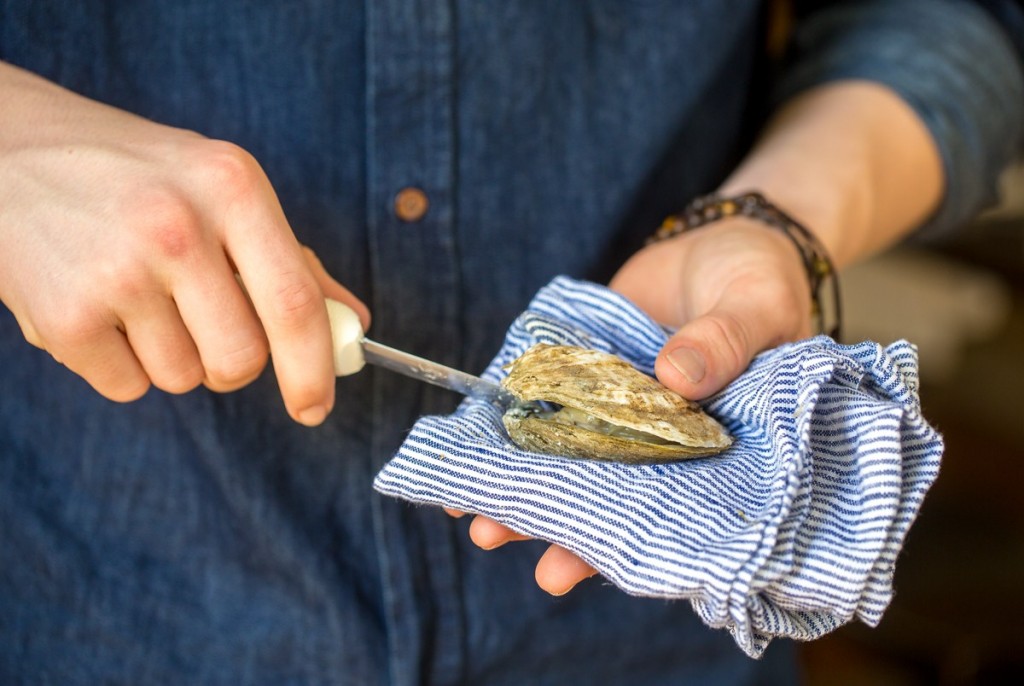 Slide the blade across the top inside shell to sever the adductor muscle. Remove top shell. Then slide your knife under the bottom adductor muscle to dislodge it entirely. 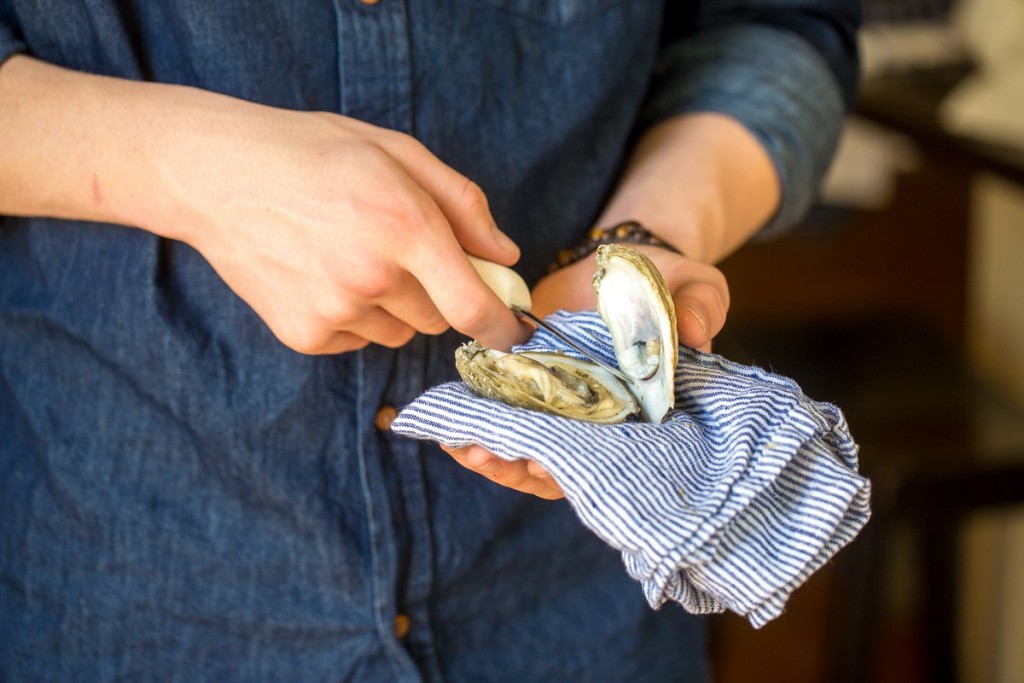 Shucking a clean oyster takes practice. One trick is to turn the oyster over in its shell so that the bottom belly is up. Remove all broken shell or grit with tip of your knife. 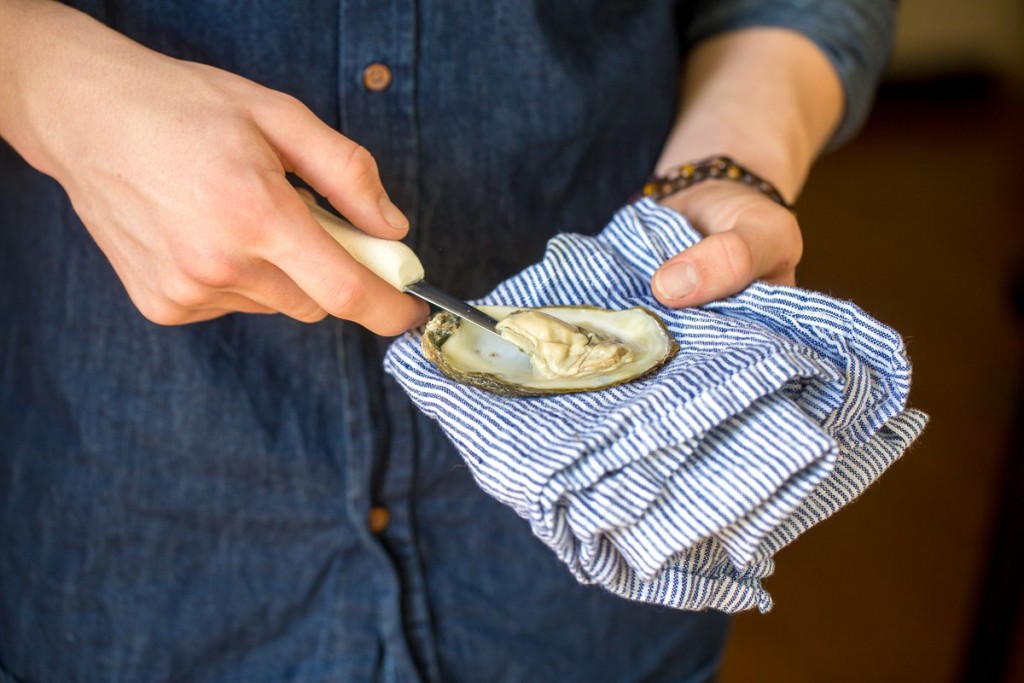 I’ve compiled a bit of information to help you enjoy your oysters. Some of this I know from personal experience but some of the health facts I’ve just learned while researching for this post. How exciting to realize that my favorite food is also so good for me.

There are many species of oysters are harvested in the US

Oyster tasting is similar to wine tasting. You’re trying to absorb and appreciate the subtle differences in flavor and texture imparted by climatic conditions. The culmination of these effects is what oyster aficionados call “meroir.”

The 6 S’s of Pro Oyster Tasting 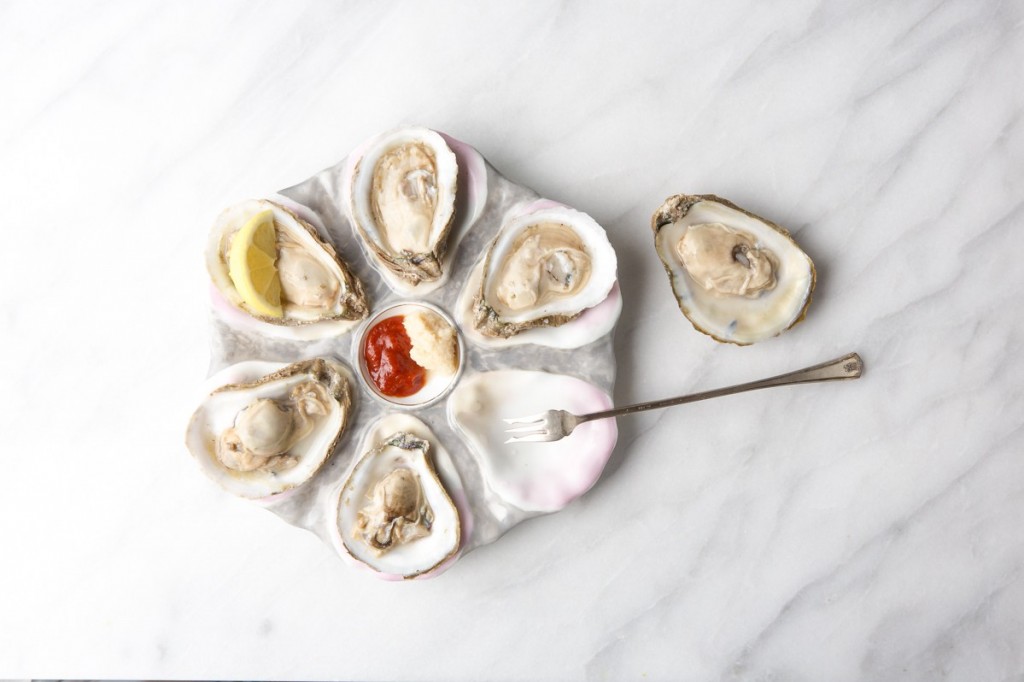 All oysters fluctuate in taste and texture throughout the year.

Here are some of the amazing health benefits I have learned about Oysters, which seem to be a superfood.

The unprecedented levels of zinc in oysters result in a number of health benefits, including quicker wound healing rates and boosted immune system against various infections and microbes. Zinc is a major benefit to men’s health which is why oysters have earned the claim of an aphrodisiac.

Oysters are also a very impressive source of iron, with more than 90% of our daily requirements in each serving. Iron is a key component in the formation of red blood cells in the body, and are the primary defense against anemia, also known as iron deficiency, which can lead to fatigue, cognitive malfunction, stomach disorders, and general muscle weakness. Also, with a fresh supply of healthy blood cells in the circulatory system, organ systems have high levels of oxygenated blood to stimulate their activity, making them function efficiently and boosting the overall metabolic rate of the body.

Now I’ll shuck some oysters to that! 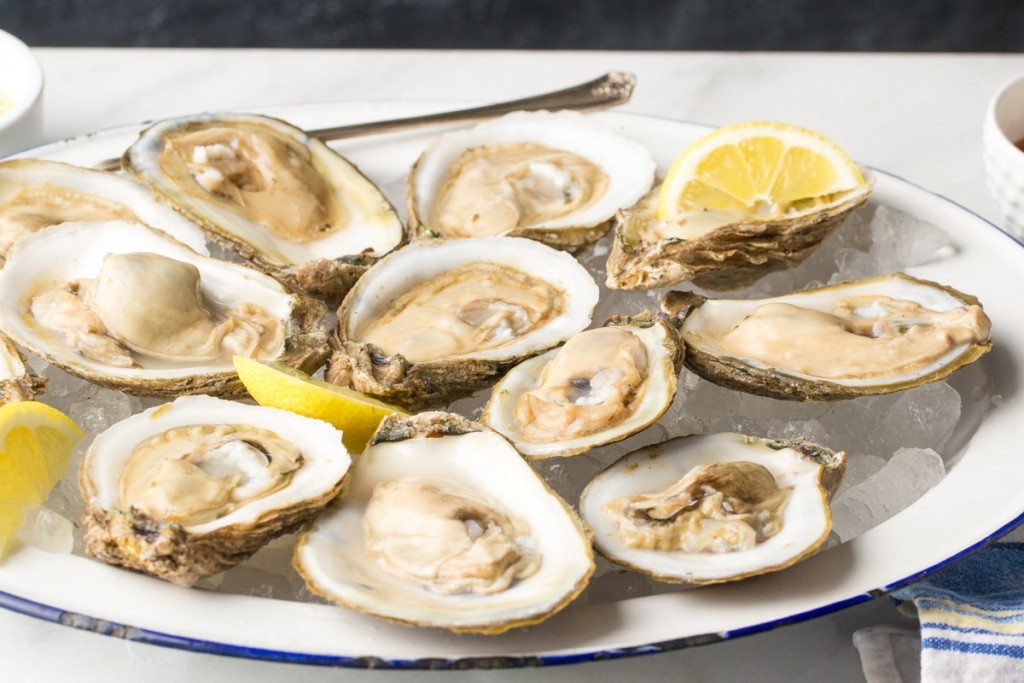