We’re believers that burgers and sandwiches just aren’t complete without a pickle on the side. And we’re willing to bet that Cleveland pickle purveyor Randy’s Pickles would agree. After a breakup in 2014, the company’s founder – or Chief Pickle Officer as he puts it – Andrew Rainey (AKA Randy), sought to comfort himself with pickles. Dissatisfied with the selection at his local grocery store, he began his journey to create a better option. Andrew called up his grandma, and the two set out to make the perfect pickle.

Since its humble beginnings in grandma’s kitchen, Andrew has since teamed up with his friends, Ryan Snyder and Pat Routa, to expand the Randy’s pickle operation to a production facility in Cleveland, adding a full team of pickle packers who produce 60 cases containing 12 jars each day!

Made with the freshest ingredients (local when possible), the pickle varieties range from classic Spicy Dill (the very first type created) to Sideburns (a name that’s a nod to the company’s mustache-adorned logo), the “World’s First Grilled Pickle,” which boasts a unique smoky flavor. While the pickle production uses fairly traditional methods, Andrew and his crew like experimenting to create their recipes. “We try a little bit of this, try a little bit of that,” he says, “and now we have the recipes we do.”

And it’s a recipe that seems to work well for the company, as it’s poised for pickle world domination with an ultimate goal of national and international expansion. Getting hungry? You can find Randy’s Pickles at all Heinen’s stores. 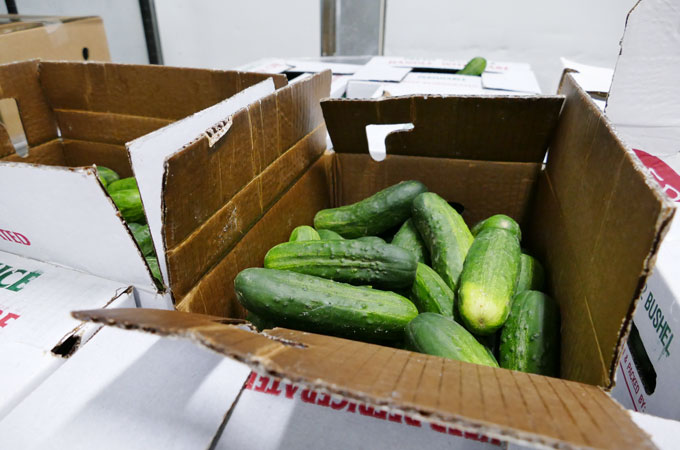 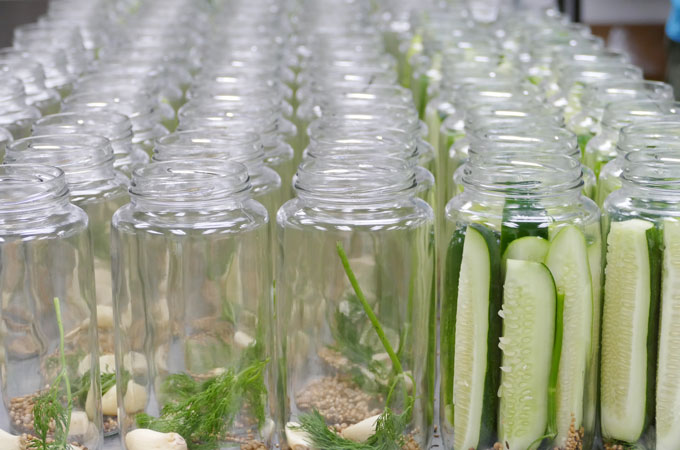 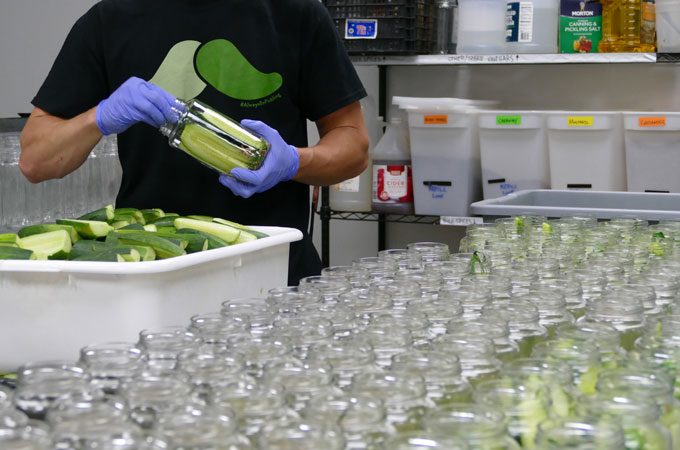 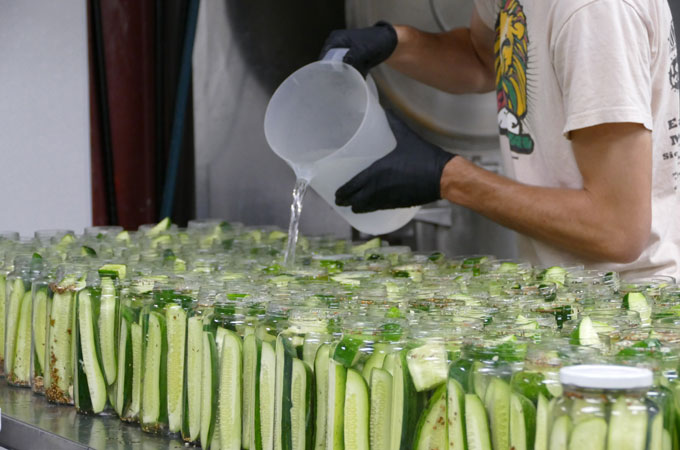 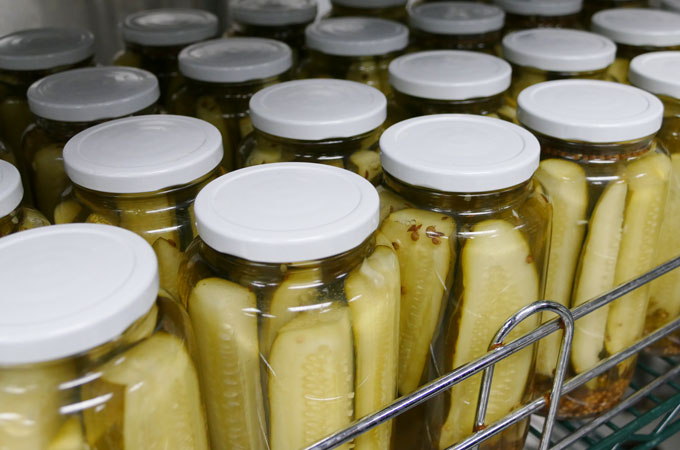