In a general sense, we’ve come to expect a certain amount of predictability and seasonality to the assortment of fresh produce from one month to the next.

For example, you can expect to begin filling your cart with an abundance of fresh citrus fruit in late November and continue to find many different varieties available through March. You’ll find hard squash is at its peak in September and October, sometimes even into November. New Mexico Hatch Chiles get a few weeks in the spotlight in September and Washington State cherries shine in June and July. You get the idea.

When it comes to two of our favorite spring ingredients, wild ramps and fiddlehead ferns, a distinct lack of predictability leaves us waiting patiently each spring for this spring bounty to arrive. In fact, the only thing predictable about them is that they’ll arrive sometime in early spring and that when they arrive, they won’t be around long. Which means since Fiddleheads are in-stores now, you’d better hurry if you want to try them! (Ramps will be arriving in a couple of weeks.)

This yearly predictable unpredictably lies in the fact that ideal growing conditions exist for only a few short weeks in early spring when the weather is just right. That means temperatures that aren’t too hot or too cold and enough rain to make the ground wet but not too wet. These conditions occur at different times and for varying lengths of time each year making it nearly impossible to predict exactly when and for how long we’ll have fresh ramps and fiddleheads for our favorite dishes. So we wait, anxiously, year after year for them to arrive.

For many years, decades even, these forest floor dwellers were the well-kept secret of dedicated foragers, the foodiest (that’s a word, right?) of foodies and inventive chefs. In recent years however, they’ve gained a following of cult-like proportions among amateur home cooks, gourmet chefs and everyone in-between, despite being around for just a few short weeks every year.

Keep an eye out for fresh ramps and fiddlehead ferns at your local Heinen’s Grocery Store and be sure to get them before they’re gone until next year. 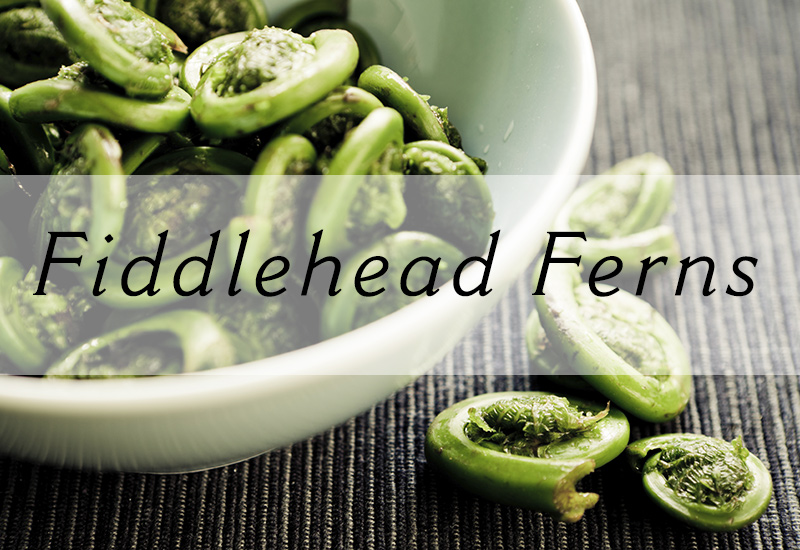 The fiddlehead is the unfurled frond of any fern. Fiddleheads on average are 1 to 1.5 inches in diameter with a small stalk attached, usually about 1 inch long. The color is deep green, which pales with cooking. Fiddleheads are foraged in the moist soil of boggy areas, usually below deciduous trees, wooded river bottoms, and swamps.

When properly cooked, fiddlehead ferns exhibit the flavor of asparagus, green beans, mushroom, and artichoke. Their texture is firm, yet yielding. The fiddleheads are not terribly aromatic, but deliver a bouquet of the fresh forest floor. 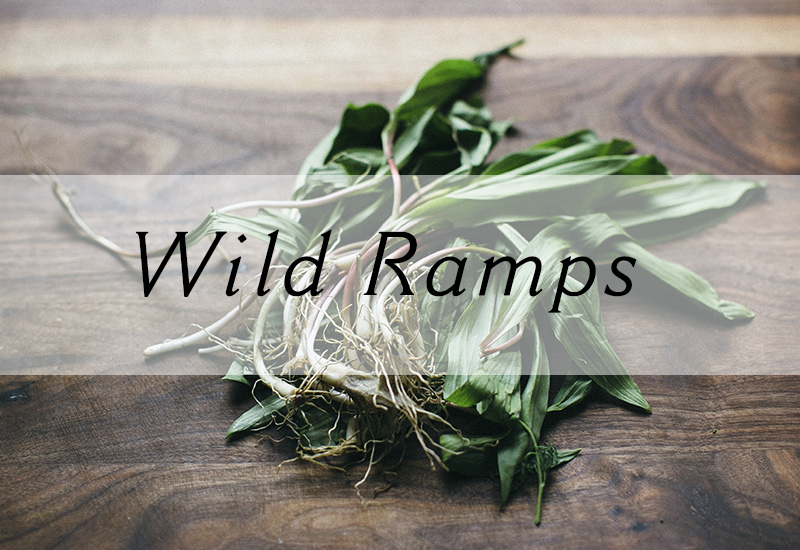 Ramps are an early spring vegetable native to North America. Ramps are also known as wild leeks, wild garlic or spring onions. The plant consists of a scallion-like white bulb extending into a red or purple colored stalk topped with smooth, broad, green leaves. Ramps are generally grown and harvested in the mid-west United States and Canada in the early Spring months.

Prized for their often strong and pungent onion and garlic-like flavors, aromas and characteristics, ramps are extremely versatile and used in various ways.

Ramps are entirely edible and can be prepared in a variety of ways, pick the one one that like best. They can be roasted or grilled whole, sauteed in butter as a side dish or even pureed and made into a garlicky pesto!

Click Here to Discover Recipes for Ramp and Mushroom Pizza and Pickled Ramps.