The photography for this post was provided courtesy of our friends at Lou’s Gourmet Sausage.

If you know Heinen’s, you know that nothing describes our 90 year history better than our love for souring local products and our commitment to providing high-quality meat. Over the past few years, our local meat program has rapidly expanded, but our quest for the best local meat spans much farther back in time. In fact, our love for local sausage began 20 years ago when we partnered with Cleveland’s own Lou’s Gourmet Sausage Co.

Now, if you’ve brushed up on your Heinen’s history lately, you’ll know that we had been making our own sausage in-house since we opened our doors in 1929, but when a fire struck our warehouse leaving us with nowhere to produce our sausage, fate led us to Lou’s.

We originally partnered with the Lou’s Sausage team to keep sausage production alive for the 6 months it would take to rebuild our warehouse, but once we saw the love our customers developed for their high-quality, fresh and flavorful product, we knew we had found something special. What started as a 6 month partnership has turned into a 20 year relationship that continues to flourish.

It’s not just the great taste that sold us on sausage from Lou’s, but the passionate people and the incredible care that goes into creating their high-quality sausage. Much like Heinen’s, Lou’s sausage is a family-owned and operated business. Founder, Lou Vinciguerra, was originally selling imported foods with his family, but after the business closed, his customers begged him to continue making sausage. Luckily, his friend had a meat market on Kinsman Road in Cleveland that Lou borrowed to continue his family’s product line. His sausage business became a true success and in 1954 when Lou officially opened Lou’s Gourmet Sausage. 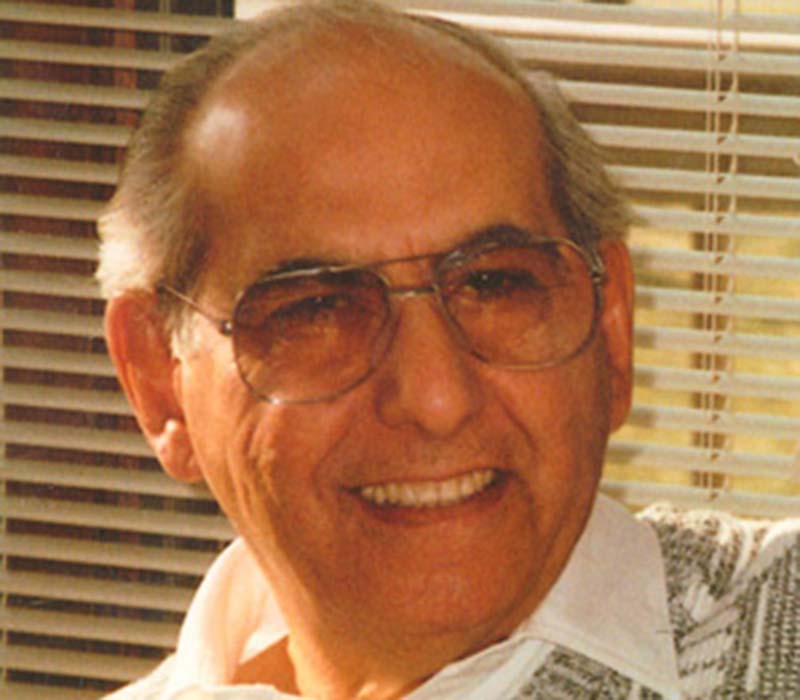 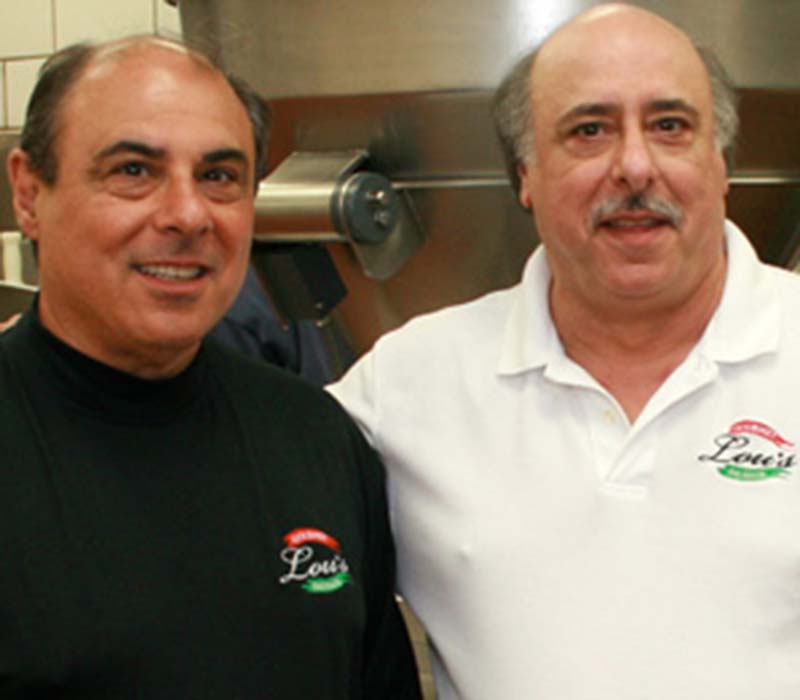 Today, Lou’s legacy of creating fresh, flavorful, traditional sausage is carried on by his sons Joe and Frank (“Cheech”) who took over the business full time in 1984. .With the help operations manager, and former Heinen’s associate, Rich DiTurno, and 20 employees, they now produces 15,000-20,000 pounds of sausage per week! Rest assured, Lou’s legacy will continue to flourish in the future as Joe Vinciguerra (Jr.) will head the 4th generation of family members to oversee its operation. 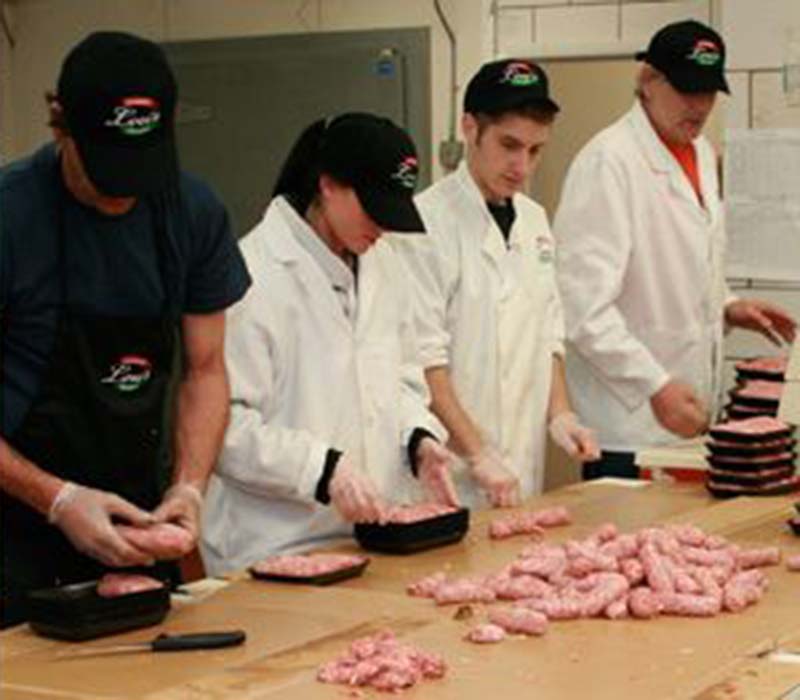 When we say that this sausage is fresh, we mean it. In fact, the Lou’s Sausage team works day and night to ensure optimal freshness. The real action happens between 8 pm and 3 am when a team of 20 employees produces and packages sausages that will be in Heinen’s Meat Department the following morning. This process is not only impressive, but beneficial for customers because it guarantees freshness and adds an extra day of shelf life. 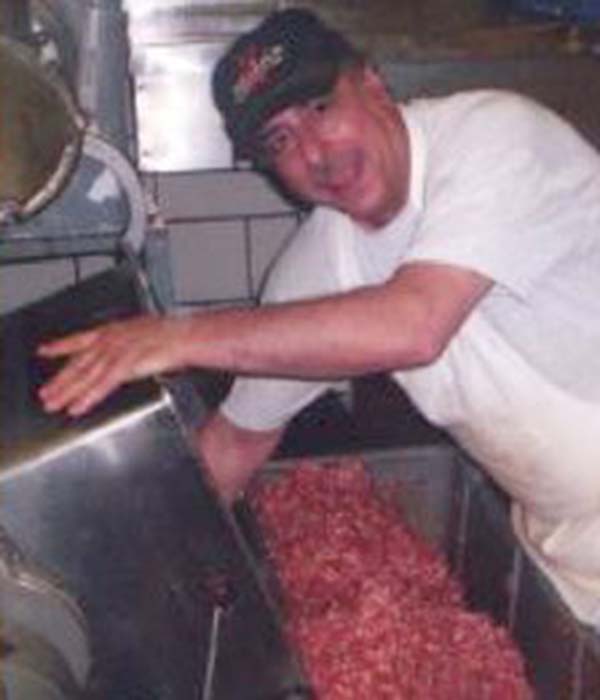 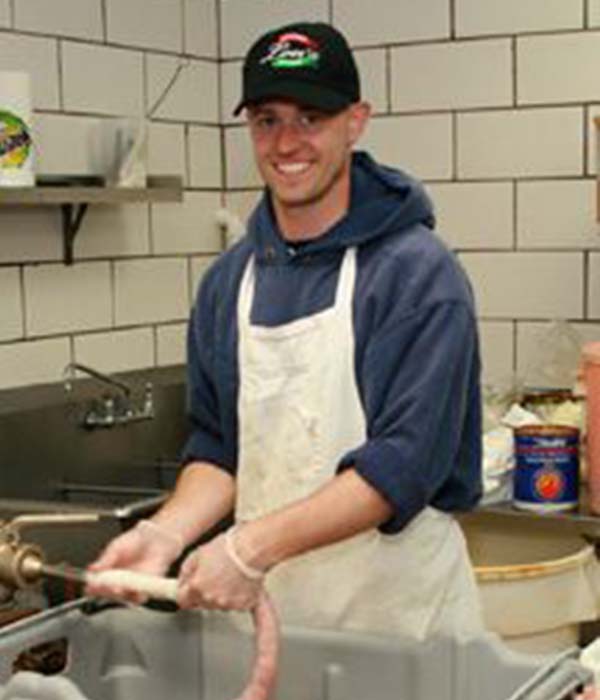 So, what goes hand-in hand with freshness? At Lou’s it’s quality and flavor! From their #1 selling Mild Italian Sausage to their Fresh Bratwurst and Gourmet Italian varieties, Lou’s Sausage is made only from pork shoulder, which guarantees that it’s 80 % lean, all natural and free of preservatives or additives. They even take the extra step to freshly grind their own natural seasonings in-house every day so that each sausage is bursting with flavor. 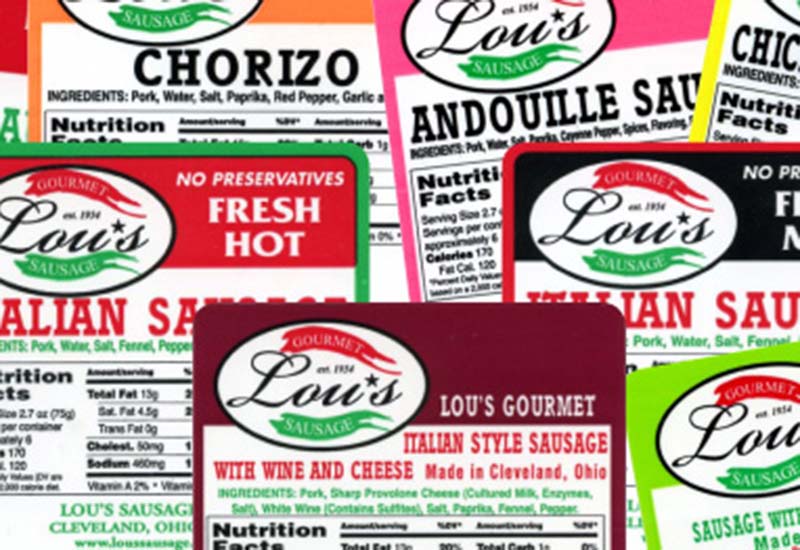 With a strong shared commitment to quality meat and local sourcing, the partnership between Lou’s Gourmet Sausage and Heinen’s was truly meant to be. Over the years, Heinen’s and Lou’s have formed a relationship that far exceeds simple sausages. They’re two family-owned operations that have seen and helped each other grow. Although times change and business expands, a shared love for the art of sausage-making and commitment to quality product continues to strengthen this relationship.