When first-generation farmers Gretel and Steve Adams first opened their urban farm six miles outside of downtown Columbus, Ohio they planned to live off the land.  In addition to flowers, they were growing vegetables for a CSA and raising pigs and chickens. Each year they dropped another enterprise to focus on flowers and, nine years later, the chickens lay eggs solely for the couple as they’re 100% focused on flowers. 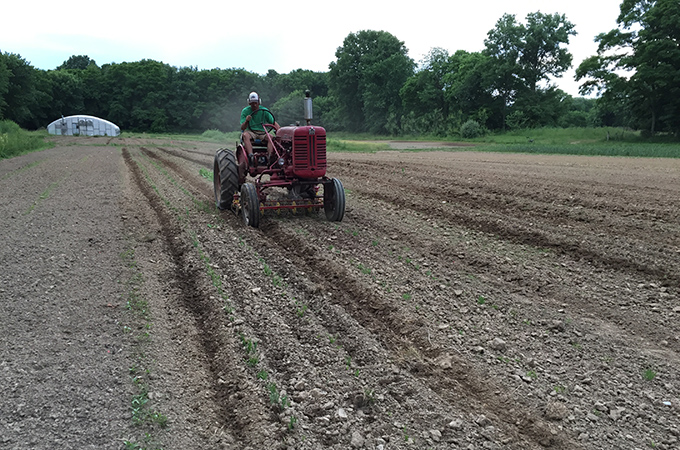 Sunny Meadows’ flowers originate on the Adams’ “little piece of country in the city.” Production currently occurs on four of their ten acres. They have nine greenhouses that allow them to extend the season when Ohio weather decides to be unpredictable.

The urban setting allows for access to resources such as leaves from a nearby neighborhood that are added to homemade compost. The mixture also includes flower scraps, plant material, and, occasionally, manure. Along with composting, Gretel and Steve have been proactive in utilizing beneficial insects.

The two are kept motivated because, Gretel said, “there are always things to learn…always new varieties to grow.”

Their desire to discover new flora is certainly evident in the mixed bouquets you found at your local Heinen’s. Each week, from late spring to late fall, the arrangements can differ based on what’s blooming in the field. “As the customer, you’re experiencing the changes in the season,” said Gretel.

Once you bring them home, change the water every other day. She stresses that fresh, clean water is the best thing as bacteria is what kills flowers the fastest. It’s also recommended to keep them out of direct sunlight. Beyond that, they’re yours to enjoy. 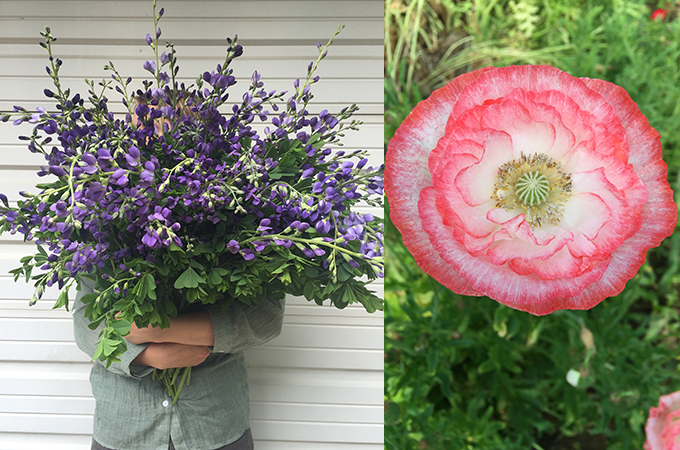