During the ’70s, when canned soup and T.V. dinners became the rage, my sweet mother managed to avoid the trend and see to it that we ate real, homemade food. She canned, froze, pickled, and preserved anything she could get at the farmers market.  In the hay day of Twinkies and Spaghetti-o’s, we had homemade fruit leather, hand-stuffed sausages, and freshly made pasta.  My mother’s boundless energy has kept her going with a passion for good food that she still serves in her restaurant at age 71.

My kids have grown up with the same appreciation for good foods. It’s simple, thanks to Heinen’s. They still love junk and what teen doesn’t? I’m just trying to be sure they have a healthy balance of the good stuff. This week for 4PM Panic I found these beautiful tri-colored carrots. Next to them on the rack were parsnips.  Oddly enough, I don’t think, with all my years of good foods, that I have ever intentionally eaten a parsnip. So into the cart, it went.  With the arrival of chilly evenings, I decided that soup sounded like a good use for these colorful veggies. As I was chopping everything, the parsnips had a fresh clean springy scent that brightened my kitchen. 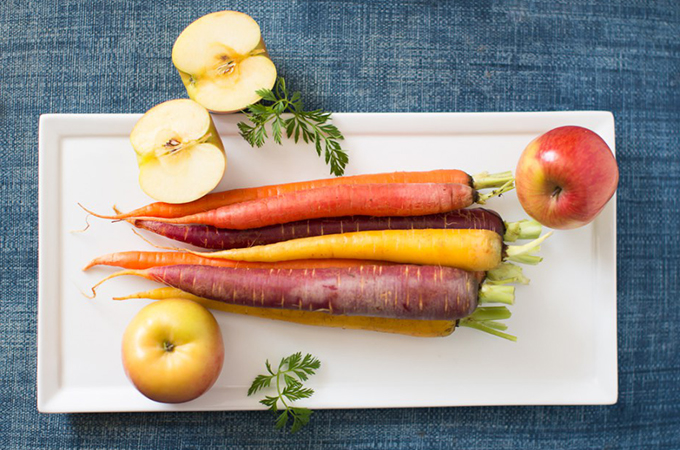 Here’s how it all came together…

This is for my friend Joanne who, when I told her about this, said,  “oh that sounds good, what recipe did you use?” “None” I replied, “I just threw it together and hoped for the best.”  To this, she wrinkled her nose and said sweetly, “oh ya, you’re one of ‘those people.’”

So here you go…the recipe. 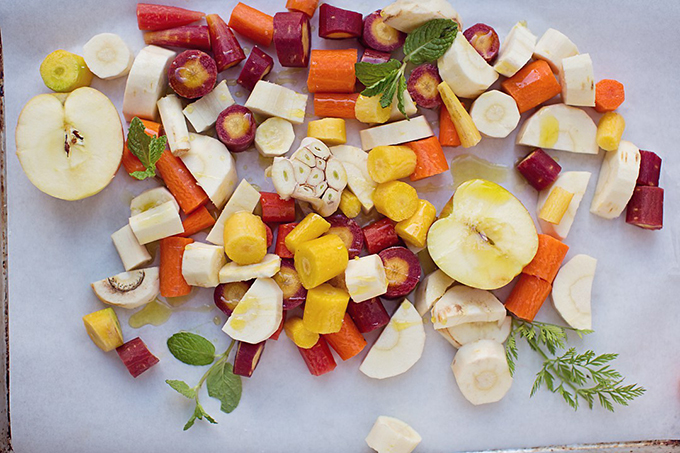 Enjoy! And please leave me a note to let me know how yours turned out.