With cooler weather on the horizon, I’m taking full advantage of one of the late summer’s fresh harvests by cooking with the beautiful Hatch Chile Peppers I picked up at Heinen’s Grocery this week.  Pick up more peppers during Heinen’s last Hatch Chile Roasts of the season!

Located right in the middle of the Rio Grande agricultural territory, Hatch, New Mexico, declared itself to be the Chile Capital of the World. “Hatch Chiles” refers to the five or six main cultivated varieties of New Mexico chiles. The most common is the NuMex 6-4 Heritage. It comes from a long line developed by New Mexico State University. New Mexican chiles have a short growing period. They’re planted in April and harvested in August and September. Because of their short season, I recommend roasting and peeling them to store in your freezer throughout the year.

Just a few minutes on high heat on each side will char these peppers.  After charring the flesh, put them in a pan and cover with foil to seal them while they cool. Once cool enough to handle, you can peel them and prepare them for your favorite recipe.

To give you a side-by-side visual, I photographed hatch peppers roasted, peeled, opened, seeded and sliced.  From here, the flavorful Hatch chile recipes you can try are endless. 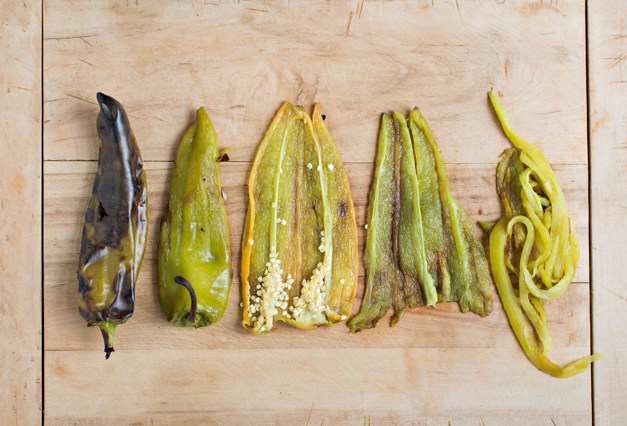 Our 4PM Panic recipe this week is a quick and easy quiche featuring Hatch peppers and pancetta accompanied by a salad with a Hatch chile dressing. 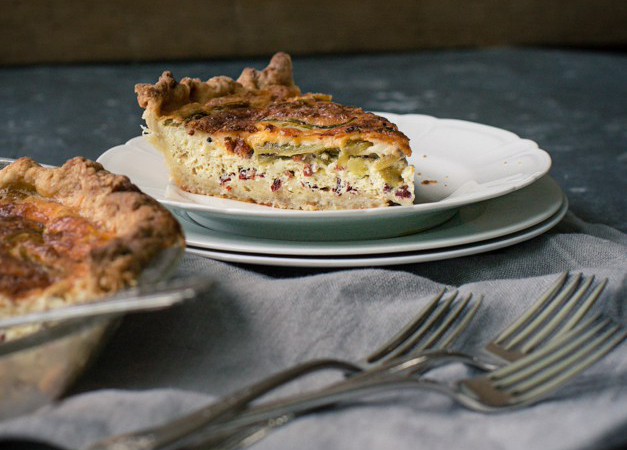 Let quiche stand for 5 minutes. Cut into wedges and serve. 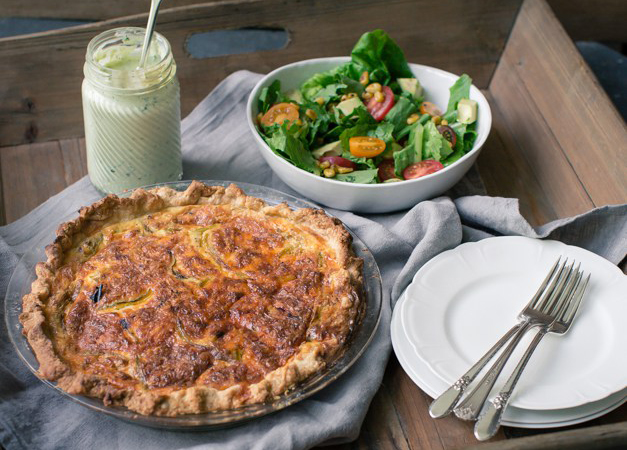 This dressing is packed with flavor. It is also great as a dip!

But WAIT!  What about dessert?  When time is an issue, don’t skip dessert.  Just visit Heinen’s bakeshop.  This week I tried their chocolate chip coffee cake.  To make even better I added caramel sauce and a sprinkling of  fleur de sel ( a sea salt from France that has a distinct mild flavor that makes chocolate and caramel sing.)