Fall is just around the corner and whether you’re a fan of cooler weather or not, this transitional treat really hits the spot. It’s a blend of all of your favorite fall flavors: apples, cinnamon, brown sugar and maple. The squash is marinated in a brown butter apple cider glaze, which will leave your kitchen smelling heavenly for the rest of the day.

I love how easy and convenient Heinen’s makes adding veggies to any daily dish. They have a wonderful selection of pre-cut, sliced and diced vegetables for your convenience, or you can also purchase fresh butternut squash in its whole form and cube it yourself.

While the squash cooks away, whip up a super simple cinnamon maple whipped cream and toast up some almond slivers to decorate the top of this simple dish. Served as a side or dessert, I guarantee that this is a treat the kids will love, and aren’t we always trying to find fun and delicious ways to get kids, and some of us adults, to eat our veggies?

For the Butternut Squash

For the Cinnamon Maple Whipped Cream 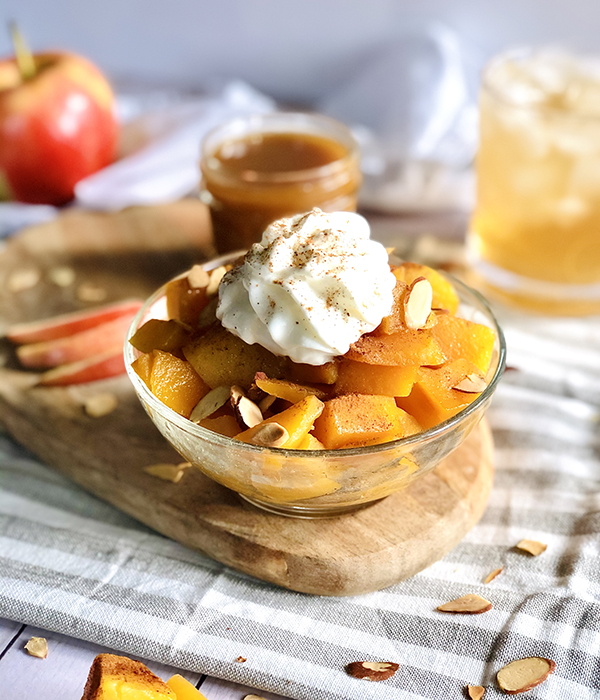