This recipe and photos were provided by Sally Roeckell of Table and Dish and were originally published at 365Barrington.com

Autumn is undoubtedly my favorite season. With the cool crisp air comes apple season. There’s nothing like a fresh-picked apple. This weekend would be a perfect weekend for apple picking but, with all the rain, I’m happy Heinen’s has a big harvest of local apples. After more years than I want to count, my husband finally enjoys grocery shopping with me, but only at Heinen’s! He goes straight to the beer tap, tastes what is being featured and then gets his glass of beer and follows me around the grocery store happy as a clam. Thanks Heinen’s!

Anyway, with the cool temps and the rain I wanted to warm up my house with the smell of cooked spices and apples.  Apple Skillet Cake is the perfect choice. It’s seasoned with cinnamon, cardamom, ginger, allspice and ground cloves. The cardamom is the star in this line up. Its beautiful aromatic seasoning has a spicy, herbal, citrusy character and goes very well with cinnamon.  When I was in the south of France I had cardamom ice cream and fell in love with this spice.  If you haven’t tried it, please don’t skip it. You’ll be happy to have it in your spice drawer! 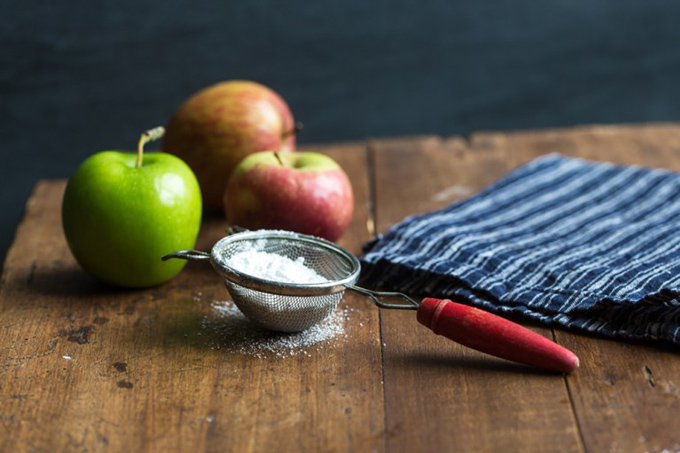 I start with my well seasoned cast iron skillet. I have every possible size but this one, about 10 inches, is my favorite. These skillets are prized possessions once they are worn-in and well seasoned. They cook evenly and crisp and brown like no other pan. Cast iron skillets are nonstick if you season them correctly. Season your skillet by wiping it down with a thin layer of canola oil and then baking it in a 250 degree oven for about 90 minutes. Let it cool and wipe it down and this will be as good as any nonstick pan out there. Go ahead. Try a fried egg on it, or a steak, bacon, hash browns, french toast or chocolate chip cookie dough; yes, it’s amazing! 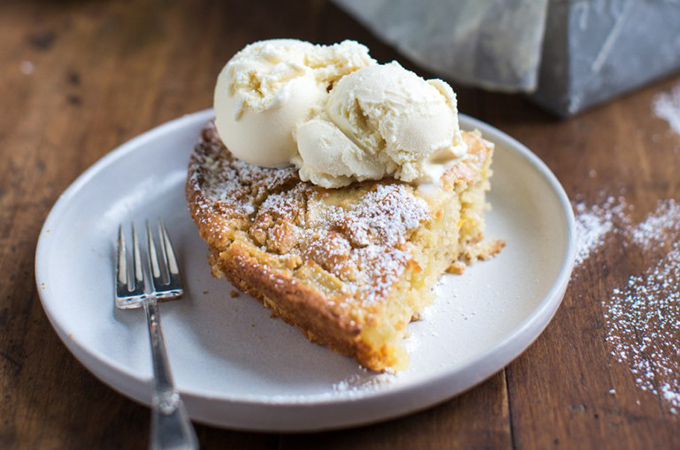