I think we all need a little extra sunshine in our lives and these Blackberry Cheesecake Brownies are just that – a little ray of sunshine. The dense “fudginess” of the brownie batter topped with the silkiness of the cheesecake and swirled with blackberry syrup creates the most indulgent summertime treat. You probably have most of the ingredients for this recipe on hand as you’ll only need basic pantry staples and a box of brownie mix. 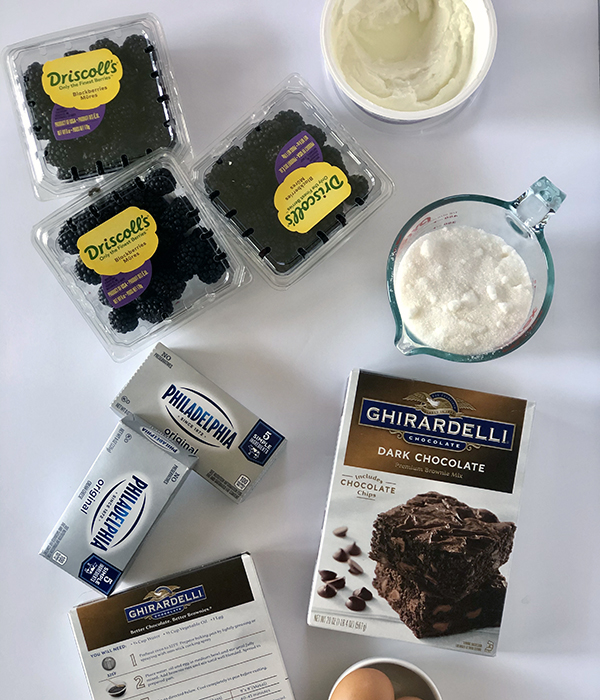 Start by making the blackberry simple syrup that you’ll swirl on top of the cheesecake layer of the brownie. Simply heat the blackberries in a saucepot on your stove and top with sugar and water until the berries break down and become sauce-like. Next, you’ll press the liquid through a strainer and set the syrup aside to cool. You are welcome to save the berries and seeds that were strained out and add them brownie batter if you like.

Now onto the easiest part, it’s a piece of cake (or in this case brownie.) Simply make the brownie batter according to the directions on the outside of the box and pour into a 9×13 parchment paper-lined baking tray. 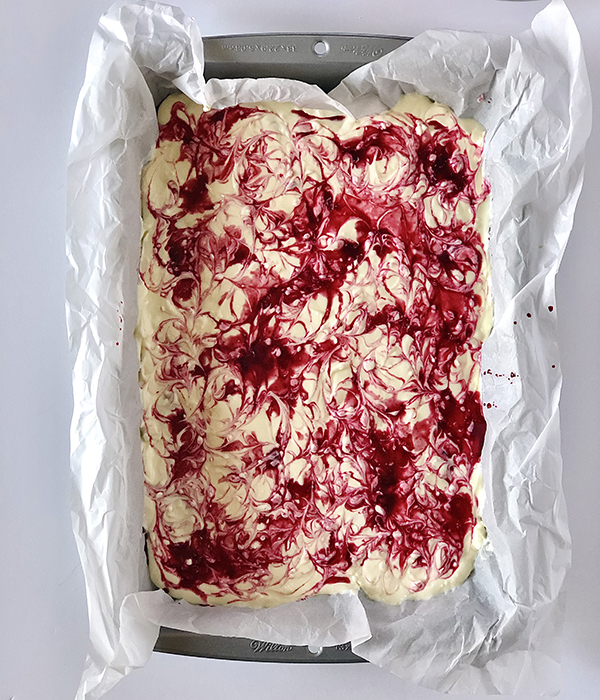 Finally, drizzle the blackberry syrup on top of the cheesecake and then use a toothpick or knife to create a nice pattern. I like to swirl the syrup around in circles in an outward motion, alternating direction here and there to create a beautiful flower-like pattern. Once they are swirled to your liking, pop them in the oven at 325˚F for an hour and they’re done!

I like to let my cheesecake brownies cool in the refrigerator for about an hour after baking to firm up and cool down, but you can eat them right out of the oven if you prefer. 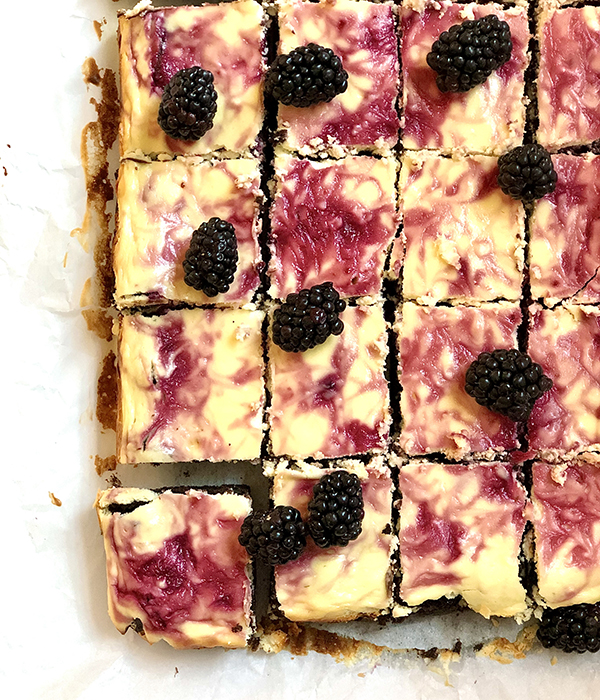 For the Blackberry Syrup 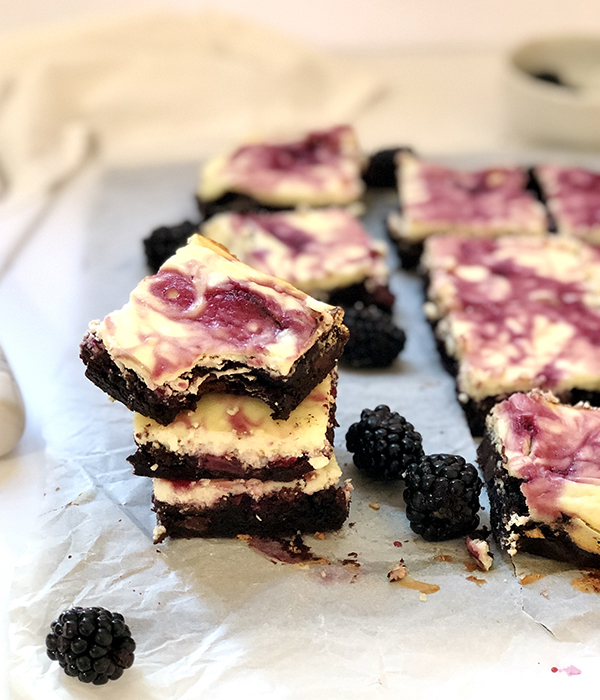