The following recipe and photography was provided by recipe developer and food photographer, Ashley Durand of Plate & Pen.

It was only a matter of time before I made buckeyes. I had no idea what buckeyes were until I moved to Ohio. Being a Louisiana girl, it was strange to see them for the first time.

I’ve had them several times since I first moved up north, so I was due to make some, but there was no way I was just making simple buckeyes… I wanted to make a buckeye skillet cookie!

There’s a load of peanut butter and chocolate in this dessert, and we all know that it wouldn’t be a skillet cookie without big scoops of vanilla ice cream. 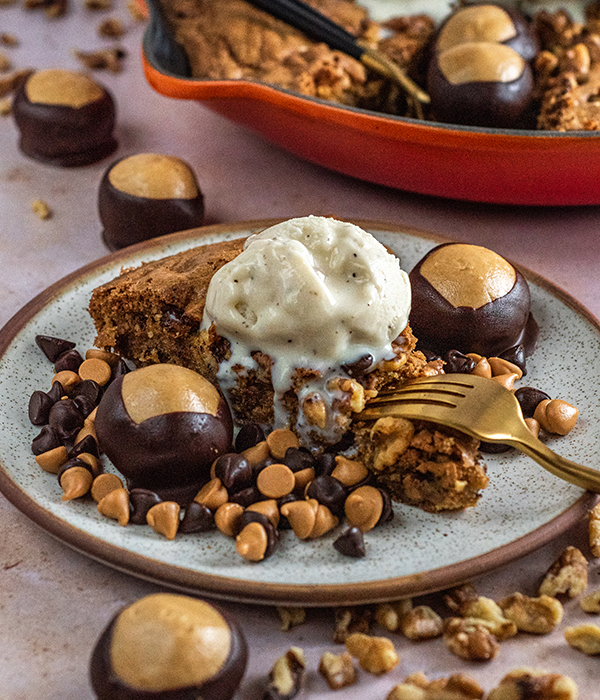