The recipe and photography for this post was provided Heinen’s partner,Chef Billy Parisi.

This chicken piccata recipe with baby potatoes and asparagus is exactly what your family needs. This recipe is extremely easy to make and also extremely delicious. 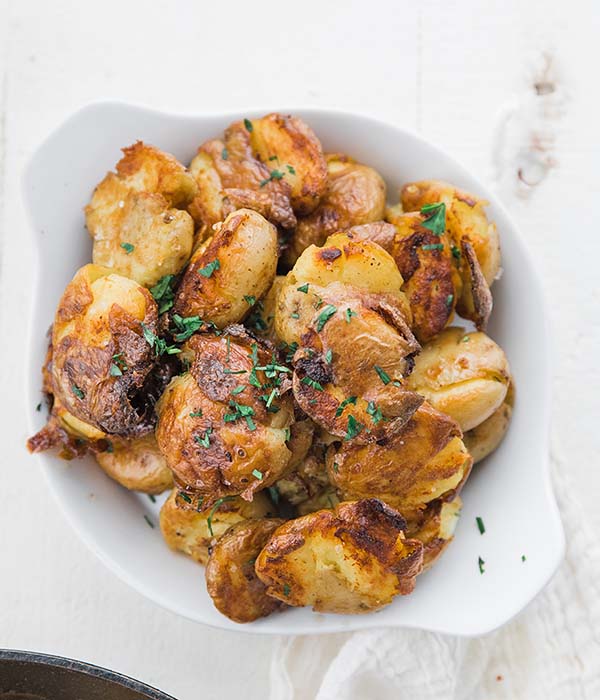 You can create this tasty dinner from start-to-finish in under 45 minutes. Chicken piccata is classic dish consisting of pan-seared chicken breasts and a tasty lemon caper butter sauce. I didn’t stop there because I wanted to accompany that delicious chicken piccata with a few side dishes. 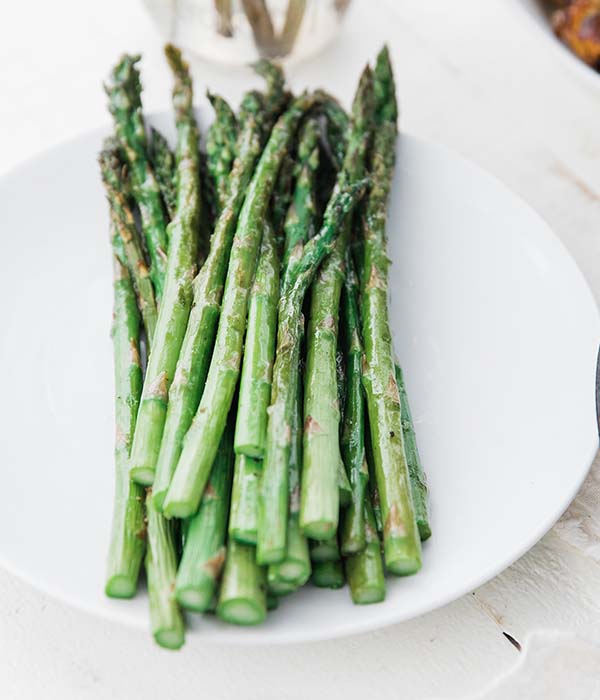 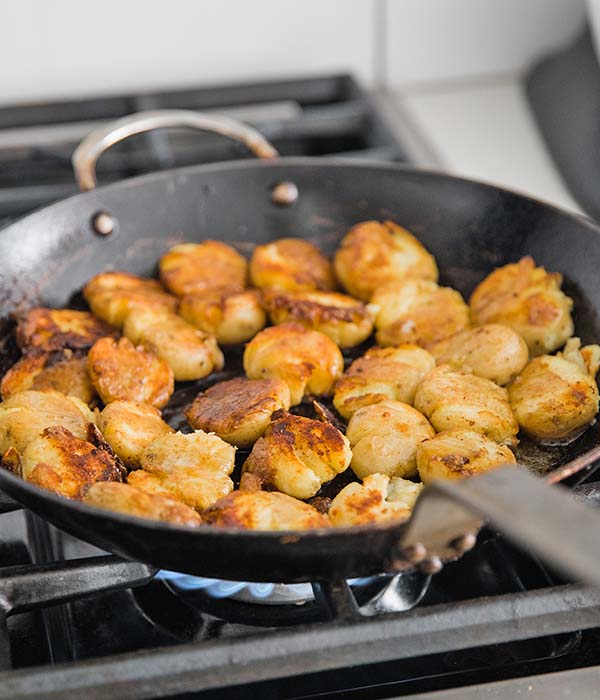 An important element to remember when cooking multiple things is timing. You need to know when to start, what to cook first, what can hold well while other things are cooking, etc. Start by par-boiling your baby potatoes for 7-9 minutes. You want them to be soft so a fork can easily pierce them. After they’re done cooking, you want to immediately drain and cool them. I like to submerge them in ice water until they’re cool. 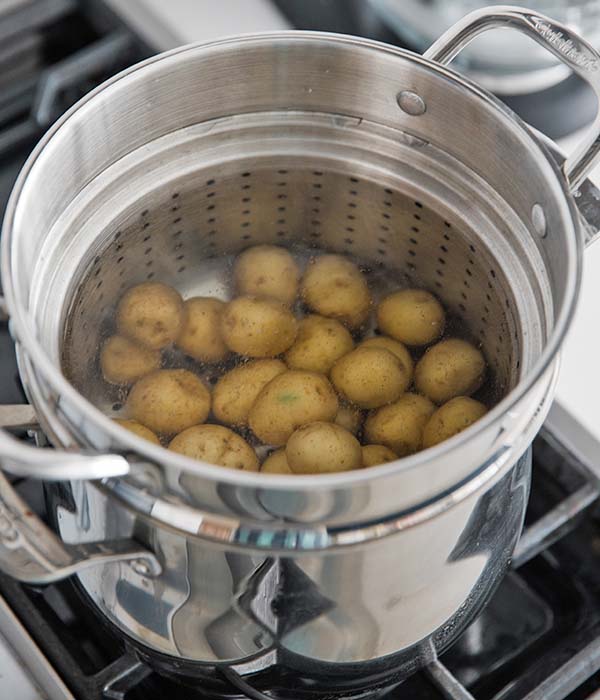 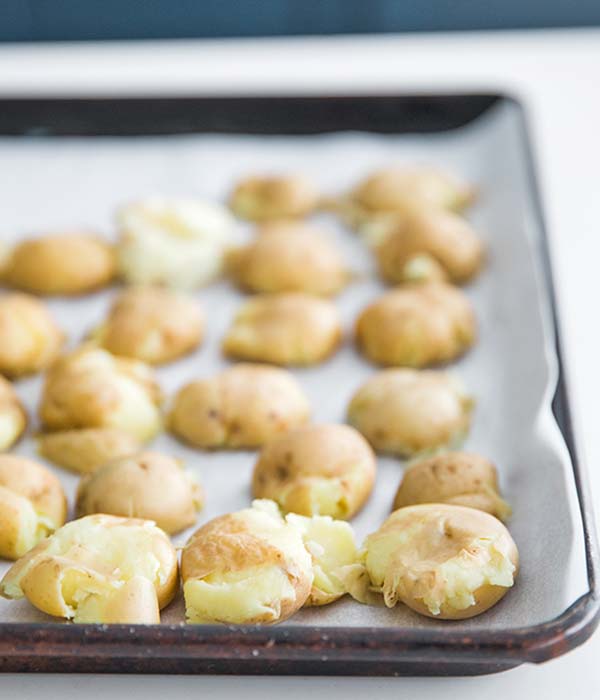 Now, you can absolutely toss these potatoes in a little butter, salt and pepper, reheat and serve them up. To take it one small step further, I smashed them with my hands until they were a bit flatter and then roasted them in a pan with a bit of olive oil until browned. This extra step maybe takes 5 total minutes as the potatoes will brown quickly. The potatoes will hold well, so simply cover and keep them warm.

Next up is the asparagus, which is simply tossed in some olive oil, salt and pepper, spread out on a sheet tray lined with parchment paper and baked for 12 minutes. While the asparagus is cooking this is a great time to prepare the chicken. I sliced the chicken breasts in half to make them thinner, then I simply seasoned them, coated them in flour and pan seared them in olive oil on medium-high heat until they were golden brown on each side. This takes about 4 to 5 minutes per side. 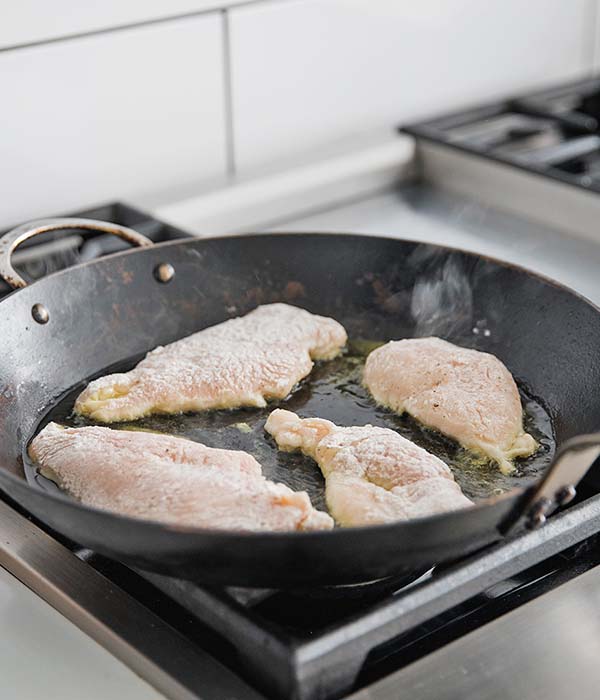 Once the chicken is done cooking, remove it from the pan and deglaze with white wine, lemon juice and capers and cook until the amount of liquid has been reduced by one half. To make sure your butter sauce for the piccata does not break, remove it from the cook top and stir in your cold butter using a whisk or spoon until it is melted. 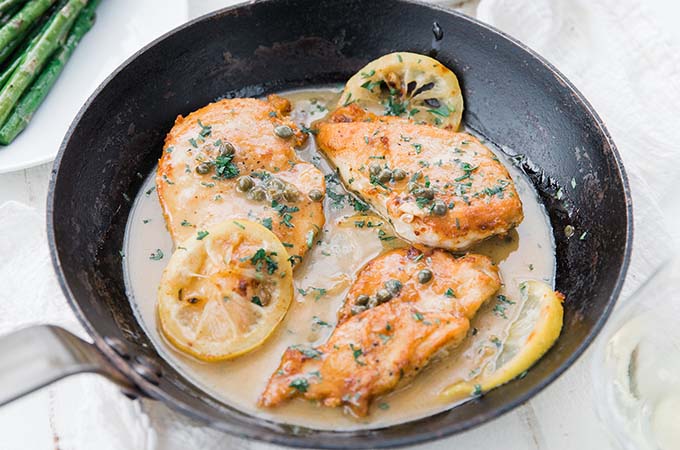 Simply place the chicken back in the sauce and serve it up along with the roasted asparagus and smashed seared potatoes.

For the Chicken Piccata: 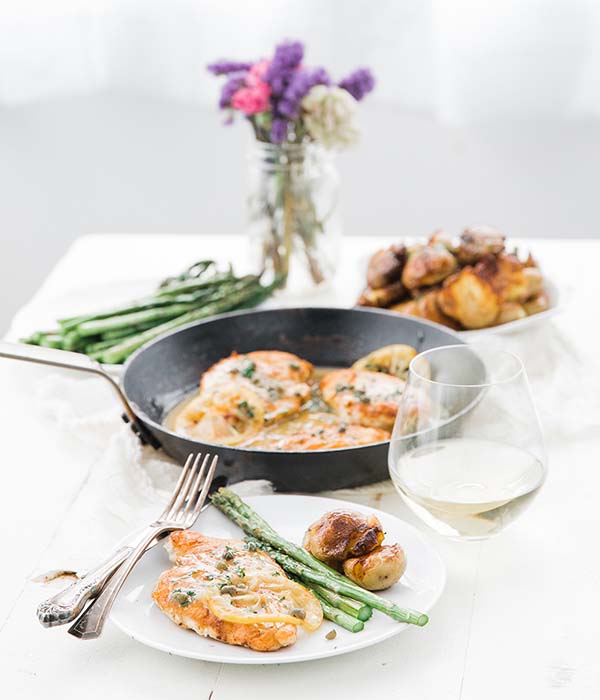