This chocolate budino was a curious recipe to develop. I have long been a fan of flourless chocolate recipes. In my youth, I worked in a restaurant that served a wonderful chocolate mousse. Light and smooth with a dense rich chocolate flavor. If you were lucky enough to get the job of transferring the large batch of mousse into smaller containers your prize was to enjoy the remaining mousse on the spatula and bottom of the giant tub.

After visiting french bakeries and then actually going to France my taste turned to the even more rich and delicious chocolate Pot de Creme, I’m torn between the classic Pot de Creme and the chocolate budino. When I first had budino in a restaurant it stayed on my mind for a long time but when I finally looked up a recipe to try to prepare it at home I found that this desert is a bit of a mystery.

So, this is my rendition of a chocolate budino. I start with the best quality chocolate I can afford with 70% cocoa. It’s not fussy or difficult, but it is important to temper the milk and eggs slowly so the end result is a satiny smooth chocolate. I top the finished dessert with a thin layer of caramel sauce, a sprinkle of sea salt and a few cocoa nibs. Cocoa nibs are the outer shell of the cocoa plant. Alone, they look chocolaty but do not actually have much flavor. What they add to this dessert is a lovely crunch that balances the thick sweet creamy chocolate budino. (It’s just more fun to say than pudding.) 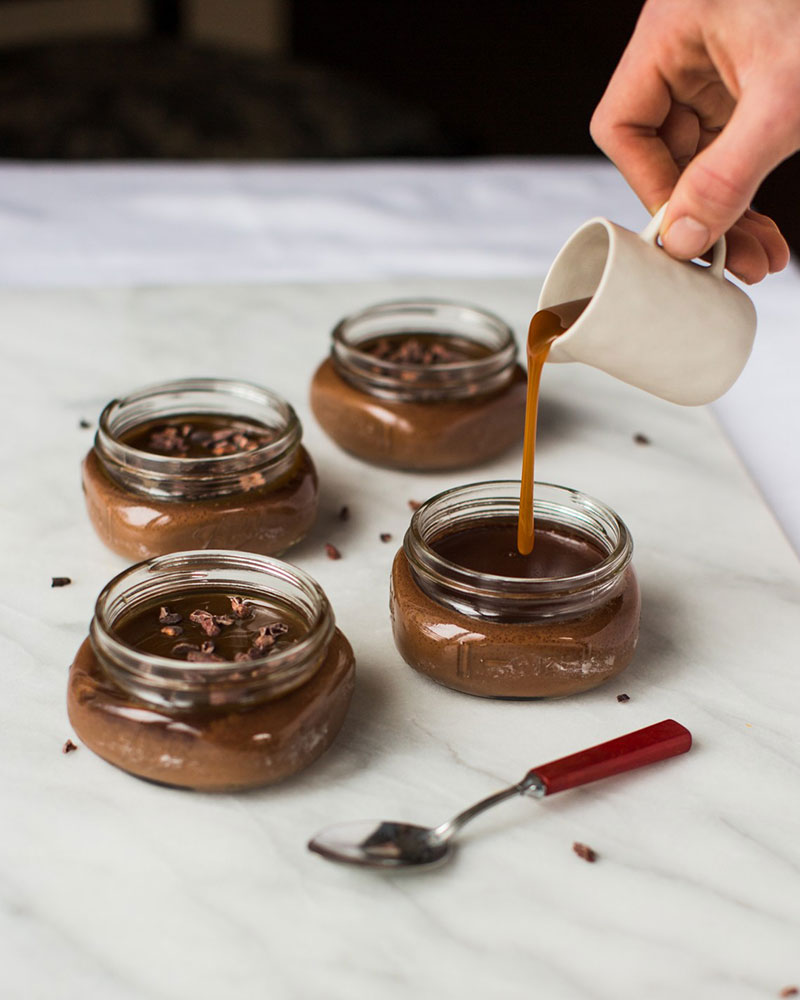 Finish each tart with a generous drizzle of caramel sauce, sprinkle the top of each with cocoa nibs and about 1/8 teaspoon of the sea salt.