The following recipe and photography was provided by Christina Musgrave of Tasting with Tina.

This Cinnamon Roll Apple Pie is a combination of two beloved desserts, or breakfasts if you wake up with a sweet tooth!

Featuring a premade crust, simple homemade apple pie filling and packaged cinnamon rolls, its almost effortless to make, but is guaranteed to a wow a crowd this holiday season!

My family loves loves adding the icing from the cinnamon rolls on top, but feel free to leave it off if its too sweet for your taste buds. 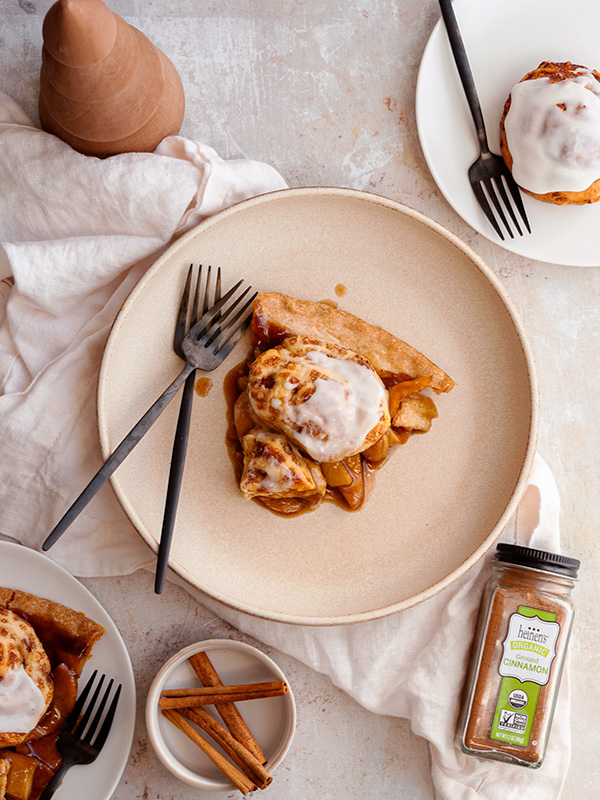