The following recipe and photography were provided by local blogger Carolyn Hodges of The Dinner Shift.

Pasta alla Norma hails from the Sicilian region of Italy and features eggplant in a tomato sauce. Traditionally, the eggplant is sliced and fried before being tossed with pasta.

In this version, I’m roasting the eggplant. I love this method because it keeps the eggplant from becoming too oily and heavy, plus it frees up prep time to prepare a simple tomato sauce while the eggplant roasts.

While Heinen’s sells eggplant year round, they also feature locally grown eggplant during the summer months. When available, I highly recommend trying them, especially when they’re a featured ingredient, like in this pasta. Like other locally grown produce, the flavor and texture of local eggplant can’t be beat. 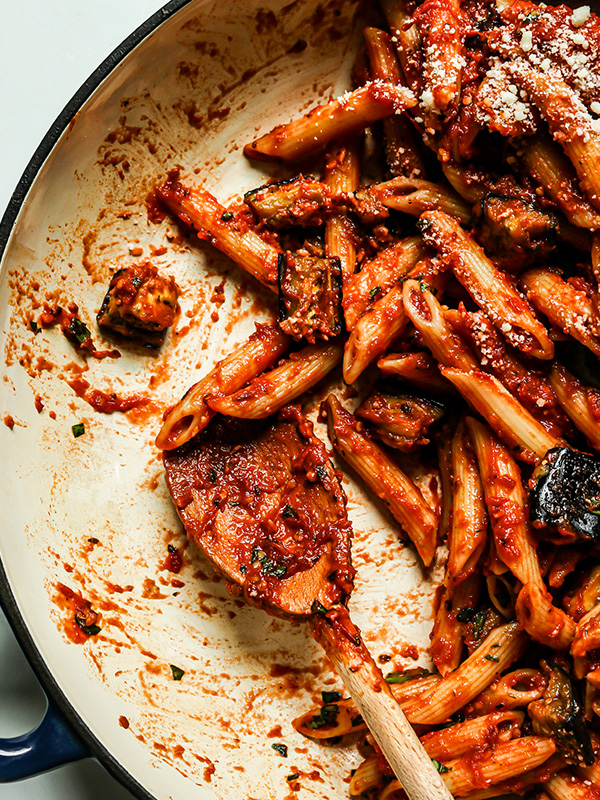