Take one last bite out of grilling season with this Asian-inspired swordfish coated in a zesty lemon ginger glaze. Quickly and easily cooked, this hearty fish is delicious on its own or paired with a simple chimichurri and Asian noodle salad!

For the Lemon Ginger Glaze

For the Chimichurri (optional) 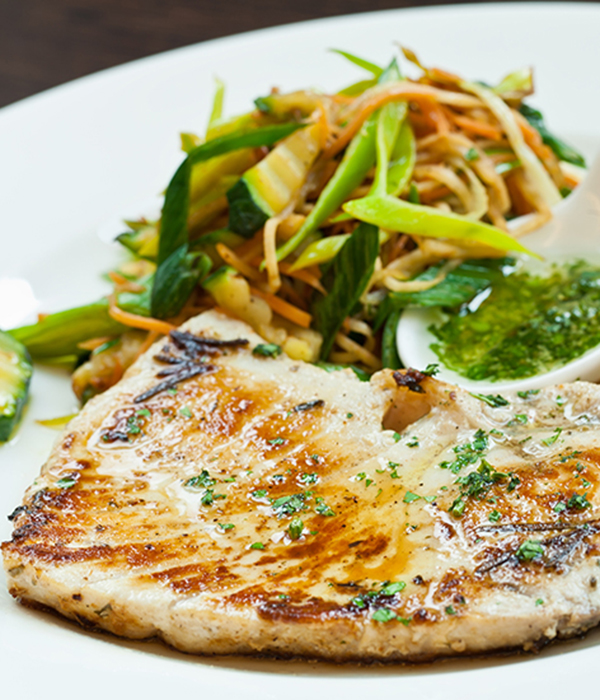