The following recipe and photography were provided by our partner, Kayla Breeden of Kayla’s Kitch and Fix.

Have you ever tried a plumcot? I’ll be honest, prior to shopping at Heinen’s, my adventurous spirit for stone fruit did not venture far past peaches, plums and cherries, but that all changed when I made this salad.

Heinen’s makes it a priority to source a wide selection of high quality produce, and during stone fruit season, I learned that the options expand far beyond my wildest imagination.

For those, like me, who had never tried a plumcot, here’s a little background. They’re part plum, part apricot with more plum characteristics. They have sweet apricot qualities that balance out the sour hints from a traditional plum, and they come in multiple different varieties.

That alone was enough to sell me on this stone fruit, and I have a feeling that this refreshing summer salad with a homemade honey lemon vinaigrette will sell you on them, too!

For the Honey Lemon Vinaigrette 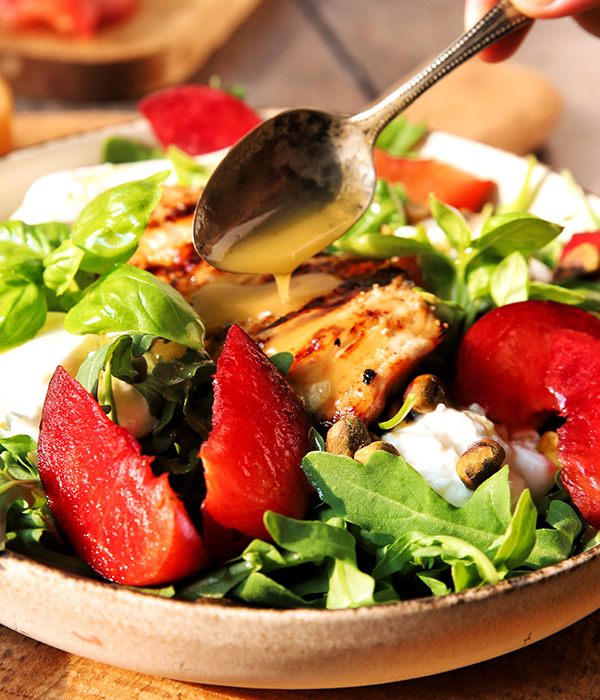