Sheet Pan Egg in a Hole

I am often captivated by the wild popularity of dishes with such simplicity. Perhaps life is so complicated that we are searching for ways to enjoy simple dishes. Egg in a Hole is a great example of this. Like avocado toast, Egg in a Hole takes just a few simple ingredients and an effortless process to deliver a delicious, unpretentious dish. Easy and unpretentious, perhaps, but I did just see it on a menu for $13. WOW, you can make this at home for your whole family for far less than that! 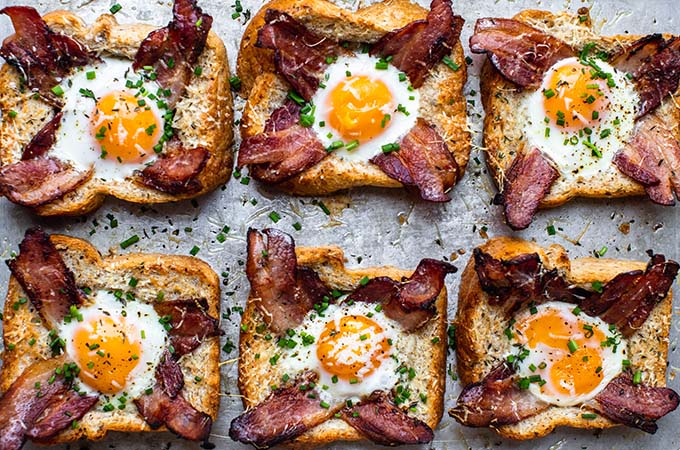 Although it has regained popularity with Instagram fame, this dish is not new. An official recipe, called “Egg with a Hat,” first made an appearance in the Boston Cooking School Cookbook by Fannie Farmer in the 1890s. It called for a two-and-a-half-inch cookie cutter to remove the bread’s center which, served atop the cooked egg, becomes the “hat.” Over the years the cookbook’s 13 print editions passed the recipe down through generations. Fannie Farmer was one of the first cookbooks I ever used and I still use it today. 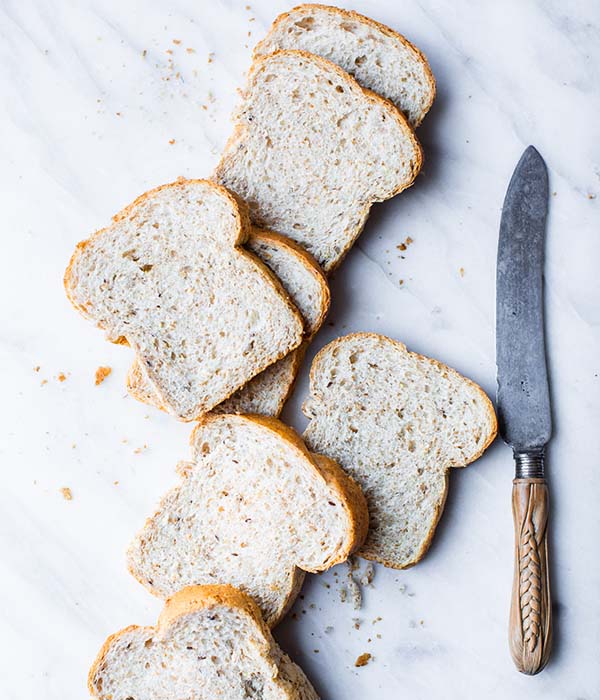 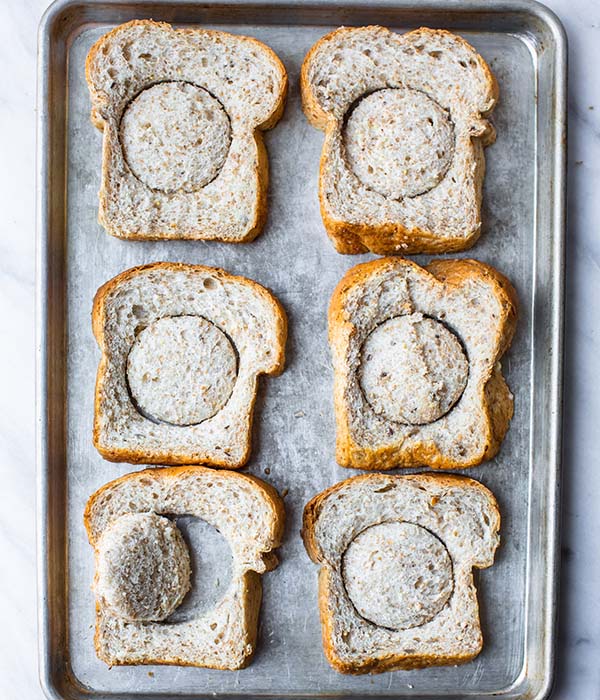 This recipe shows up by many names: Egg in a Hole, Egg with a Hat, Egg in a Basket and Bull’s Eye Eggs, just to name a few. The 1941 film Moon Over Miami with Betty Grable uses the term “Gashouse Eggs”. Whatever you call it, it is easy and delicious. Traditionally it starts with bread or toast with a “hole” cut out of the center. It is pan-fried with an egg cracked into the opening and cooked to sunny side up.

Today we’re making sheet pan Egg in a Hole. The frying pan is great if you are cooking for one or two, but if you have a crowd as I do, preparing 6 at a time on a cookie sheet just makes more sense. And it’s even easier! 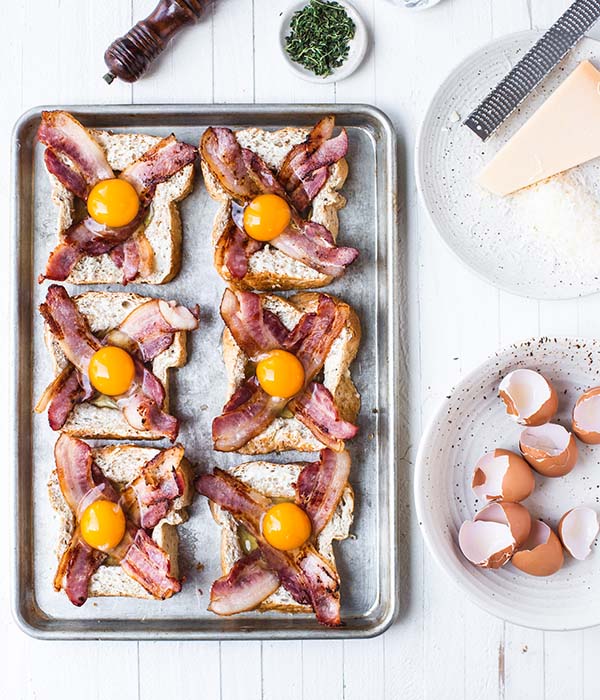 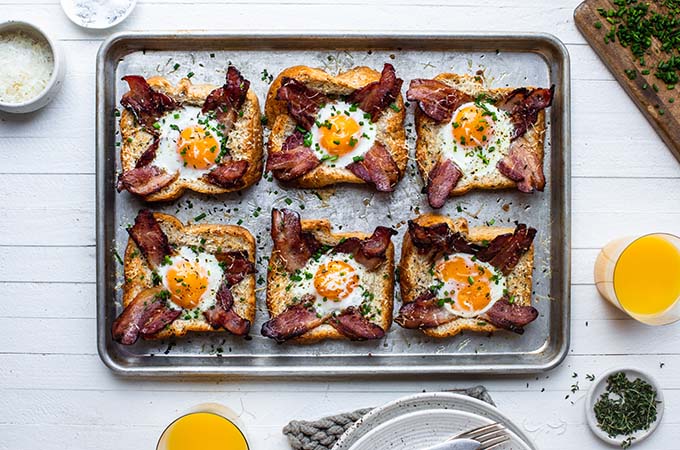