You are either a sauce person or you’re not! I have always been committed to sauce. From the beginning of my culinary adventures there always seemed to be a good reason to put some delicious sauce on everything. In my earlier years, I often chose rich, heavy, calorie-laden sauces that hid the flavor of whatever it was covering. Today, I have found many ways to highlight the natural flavor of foods to elevate a dish without so many extra calories. (Mayonnaise on french fries is the exception. That’s just good eating!)

This week’s dish features a traditional Spanish sauce called Romesco sauce. This is actually the national sauce of Spain, and there’s a reason Spaniards have been devouring it for centuries. It’s so versatile and delicious! It can be used as a marinade, a spread, a pesto or a sauce. 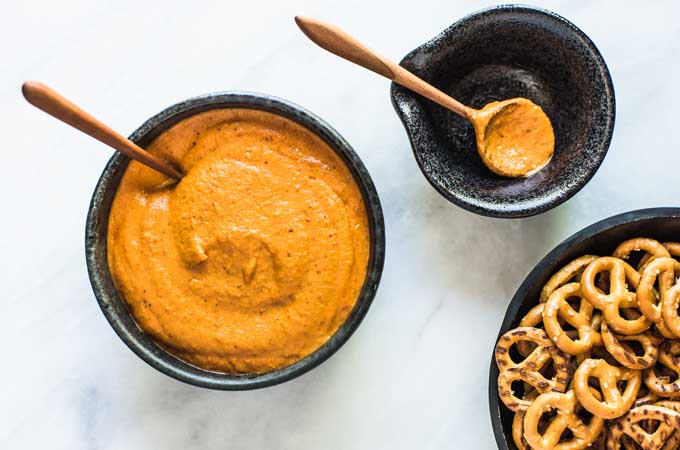 Romesco sauce is traditionally used by Spanish fisherman as a sauce for cooked seafood. This sauce is also a great way to enhance barbecue meats and vegetables. It can even be used as a dip for chips, pretzels, vegetables, crackers and flatbread. It works as a spread on crostini, sandwiches or burgers and as a sauce on pasta. You can stir it into soups or stews for added flavor and use it as a marinade that will form a crust on the exterior of roasted meats.

You can find it bottled but, as with most things, it is far better freshly-made. Luckily, it’s also super easy to make. The flavor is a bit smoky from the char-grilled bell peppers. The best part is that it’s creamy and rich, yet contains no cream. 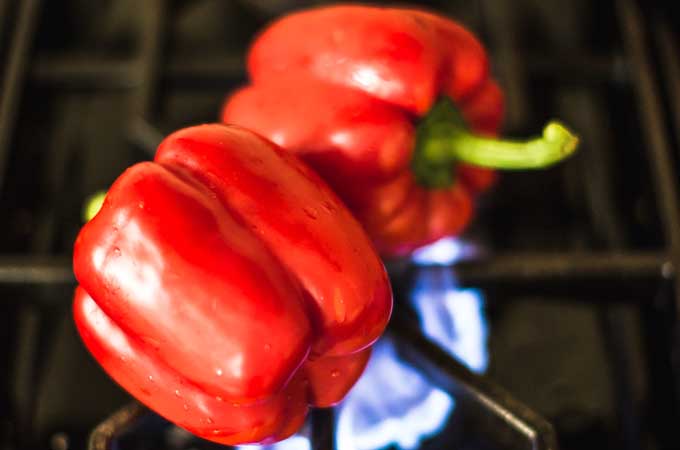 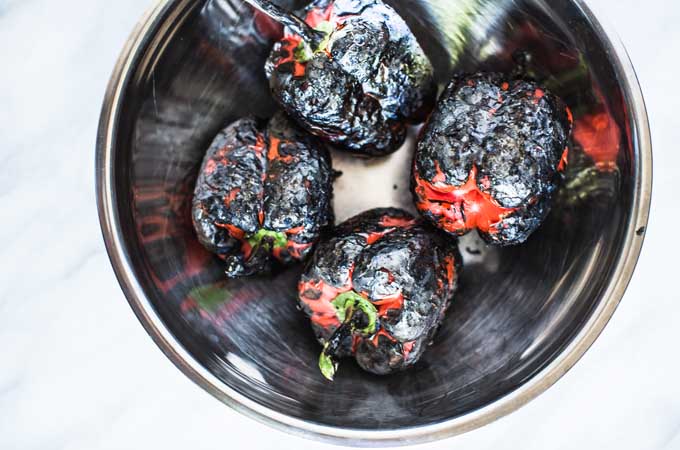 Today I’m using it as a grilling sauce on chicken. With 5 cloves of garlic in this recipe, along with smoked paprika and roasted peppers, the flavors seep into the chicken making it deliciously moist and tender. This dish pairs perfectly with Spanish red wine, which complements the bold flavor of the sauce. Heinen’s is featuring a variety of beautiful Spanish and Portuguese wines right now, so the time is right for this recipe! 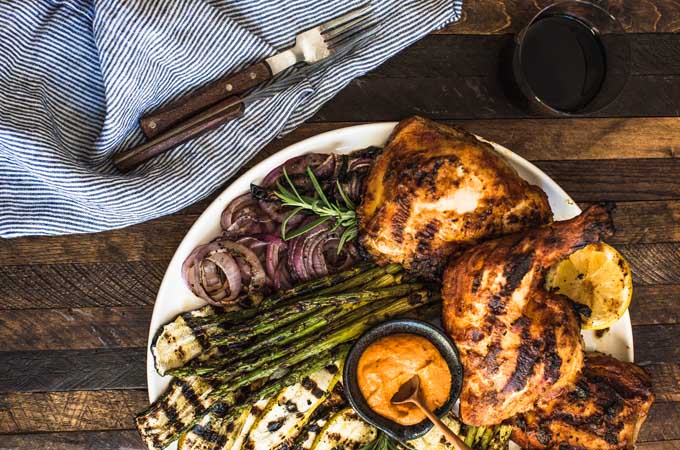 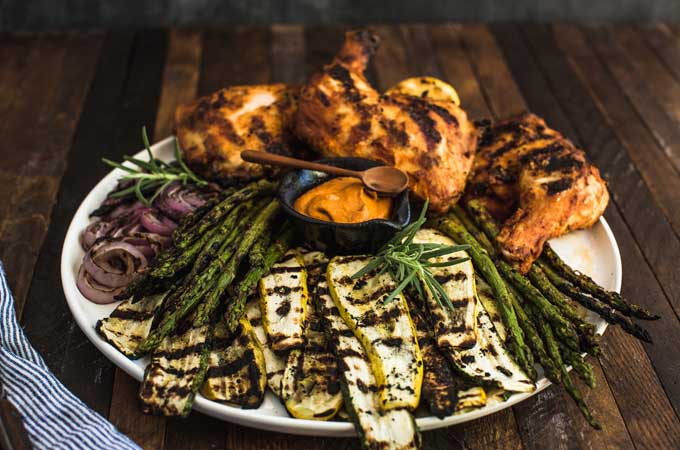