The following recipe and photography was provided courtesy of our vendor partner, Frieda’s Branded Produce.

Colorful is an understatement when it comes to describing this sweet potato pie!

Made with Stokes Purple® Sweet Potatoes, a unique non-GMO variety grown in California, these vibrant spuds are known for their bright purple flesh that is loaded with antioxidants.

Subtly sweet, they’re the perfect way to give this traditional fall dessert an eye-catching facelift!

*Note: For extra-creamy sweet potatoes, wrap in foil and bake the night before making pie. Store in refrigerator, still wrapped in foil, and use in recipe as directed. 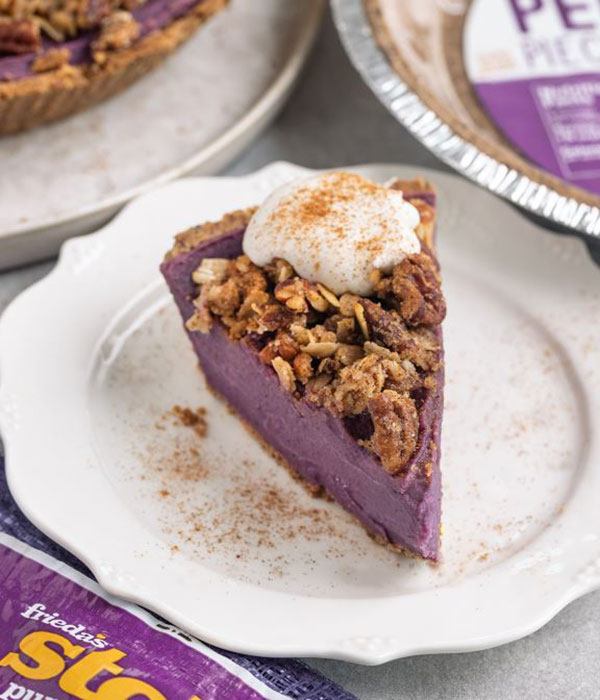