The following recipe and photography were provided by Recipe Developer and Food Photographer, Kayla Breeden of Kayla’s Kitch and Fix.

Have you ever heard of a sunchoke? I’ll be honest, they were foreign to me until I stumbled across them in Heinen’s Produce Department. I quickly started researching what they were and found that they are actually nutritionally rich and, as you will see from this recipe, extremely delicious!

Tender and creamy in texture, sunchokes, otherwise known as Jerusalem artichokes, taste like a cross between an artichoke and potato – two of my favorite foods! They are the root portion of a sunflower plant and look similar to ginger root. Although they might not be as pretty as a sunflower on the outside, the flavor and nutritional benefits they offer are beautiful, especially if you’re looking to improve your gut health!

A great source of dietary fiber and prebiotics, eating sunchokes actually helps feed the probiotics in your body, which inevitably helps maintain the healthy bacteria you need for a balanced digestive system.

If you’re interested in trying sunchokes, I highly suggest giving this recipe a try! It’s quick and easy to make and tastes a little like potato salad! 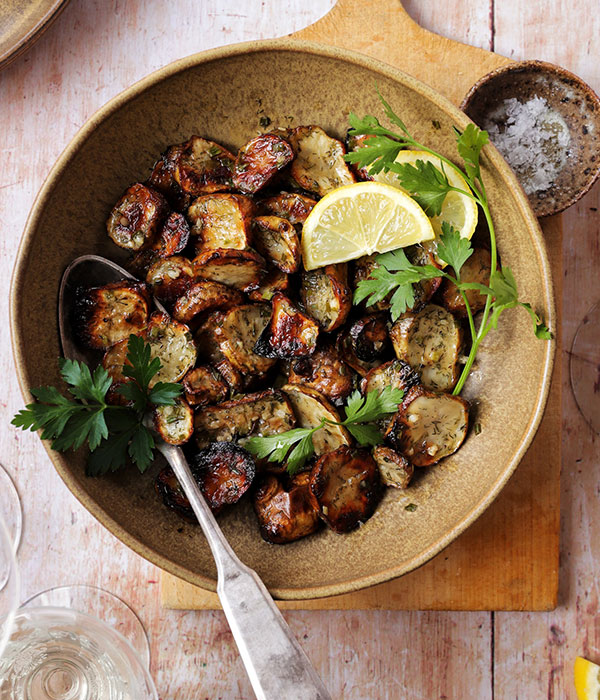