Tis the season for giving. When gathering with friends, colleagues, neighbors and family this time of year it’s always nice to bring a little something to let others know you care.  Homemade gifts from the kitchen are always a hit, but if you don’t have any go-to ideas, never fear. For this week’s Heinen’s 4PMPanic, I’m sharing a few of my favorite ways to top Chocolate Bark for a gift that’s festive, fun and filled with flavor! 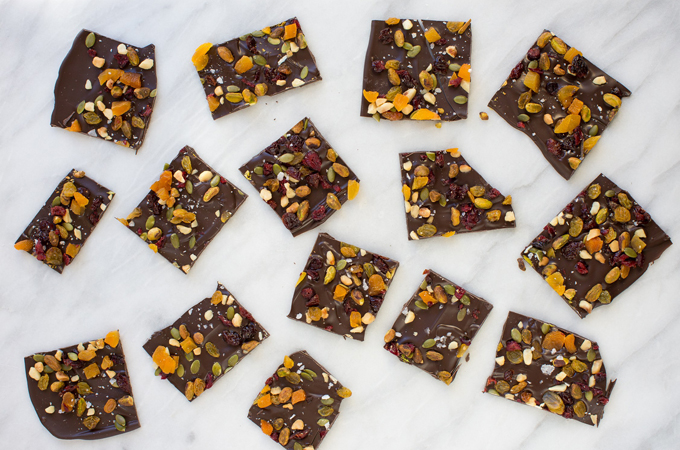 I’ve made several edible gifts over the years. Chocolates, caramels, cookies, salts, herb blends. This year I needed something delicious that was simple to make. I decided to make a modern twist on fruit cake with Fruit Cake Chocolate Bark. There’s actually no cake involved, just a nod to the fruitcake with the combination of fruits and nuts nestled into a layer of rich chocolate.

Once you get started making chocolate bark it’s easy to get silly with it. For another batch, I used white chocolate and a few candy decorations to make melted snowman bark. 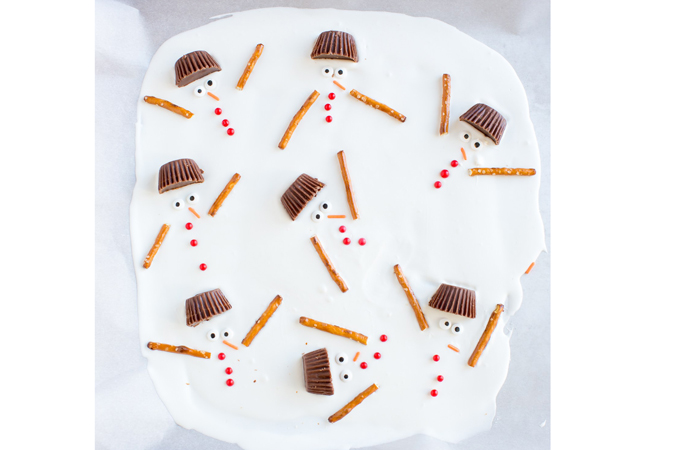 Then I decided to give freeze-dried raspberries, that I happened to have in my pantry…why they were there I do not know, but they are pretty with sliced almonds on the white chocolate. 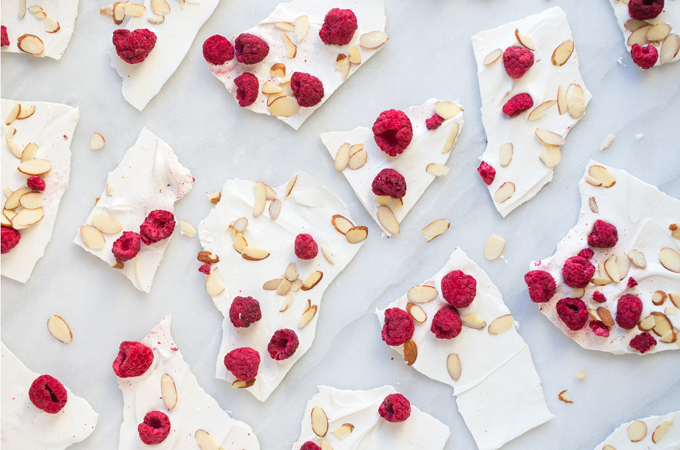 Really delicious bark depends on good chocolate, so spring for the best you can afford. Use about a pound of dark, milk or white chocolate; avoid chips, which have additives.

Finely chop the chocolate and melt it in a microwave or double-boiler. For best results, consider tempering, a controlled melting method that yields “snappier” bark. Spread chocolate on parchment paper and top as desired. Let bark set up in a cool room. In a pinch, you can put it in the fridge but remember chocolate and water do not mix well. You’ll want to avoid condensation. Break or chop into bite-size or bar-sized pieces. Package in a pretty bag or box and send one out to the bus driver, postal worker, neighbors or teachers…anyone you want to make smile.

Be sure to make a little extra so when company stops in you can throw together a quick dessert plate. This one was a quick throw-together. 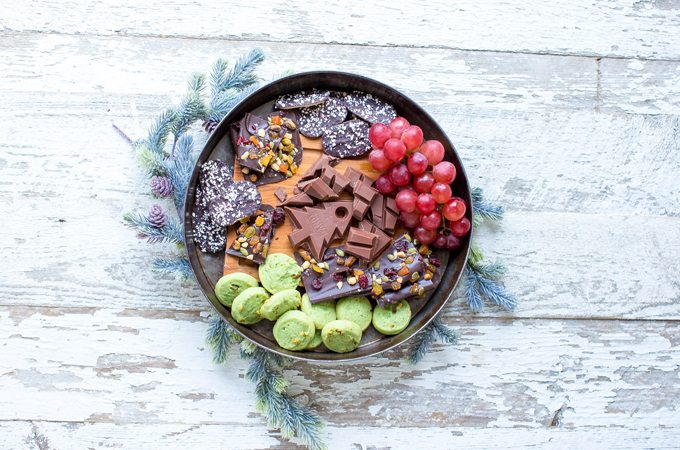 Tips for Tempering Your Chocolate

A word on tempering your chocolate. Have you ever melted chocolate and dipped something into it only to find it either didn’t harden or there were blotchy marks on the chocolate surface the next day? Well, If you don’t re-temper the chocolate when you melt it for candy, it will set up softer, have a matte appearance and might get pale blotches (bloom) on the surface after a couple of days. (Bloom is edible, just not pretty.)

My solution: Melt the chocolate very slowly. It’s a little tedious but worth the effort for special projects.

Hope you have as much fun making it as your friends will have receiving it.