Quiche for a Beautiful Brunch

Few things are better than a beautiful weekend brunch featuring delicious quiche. I’m brushing up on my quiche skills with a simple Quiche Lorraine and a Stacked High Mushroom and Emmental Quiche.  At best, my skills in quiche-making are rustic.  They taste great but they look quite elementary. Quiche is perfect for any brunch buffet. It slices easily and, because of the rich custard center, a small portion is very satisfying.  I’m okay with the rustic look.

The first recipe is for a super-tall Mushroom Quiche that is made in a springform pan instead of a pie plate.  The result is a rich custard filling in a show-stopping, tall crust. 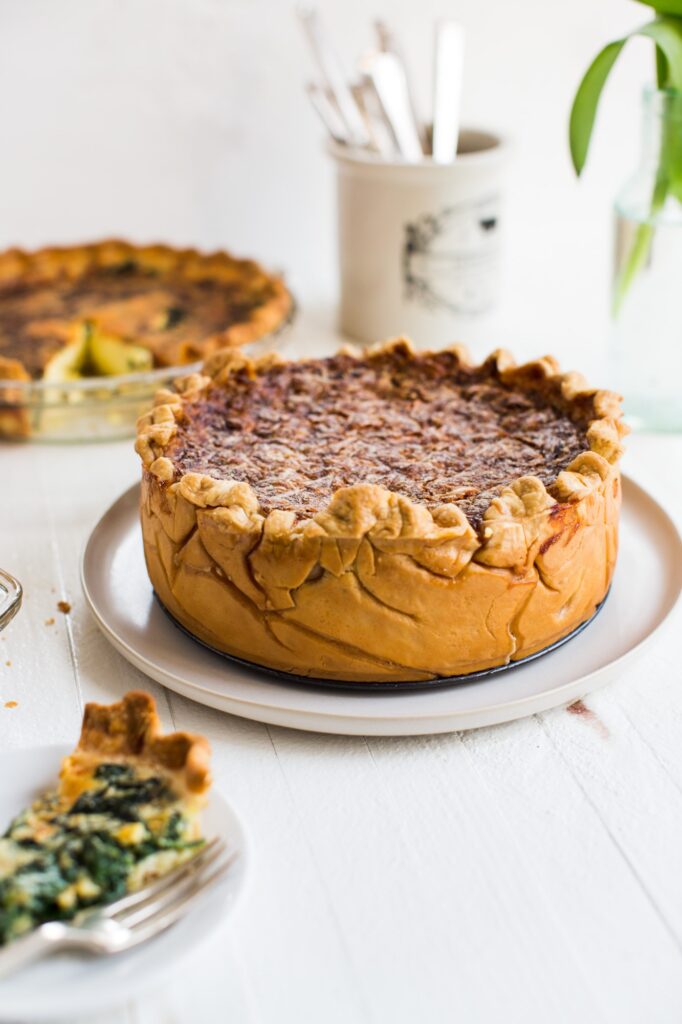 Note: If the idea of making your own pie crust will stop you from trying this recipe you can always use ready-made pie crust from the grocery refrigerated or frozen section. I’ll never tell and your guests will never notice.  When they say, “WOW this crust is so buttery and flaky” just smile and say, “thank you.”

Make Ahead – The unmolded quiche can be cooled completely, then refrigerated overnight. To serve, carefully cut the quiche into wedges, arrange on a baking sheet and bake in a 350°F oven until warm, 10 minutes.

For this next recipe, Quiche Lorraine, I pre-baked the crust to ensure that, while the egg mixture cooked quickly, I wouldn’t end up with a soggy bottom quiche.  It worked great! With the previous tall quiche the bake time was much longer, so the crust had time to cook through with the custard egg filling.

For pre-baked crust, simply line your raw crust with parchment and gently fill the parchment with some sort of weight to hold up the sides while it bakes. Then add the spinach and cheese.  Be sure to press all the moisture out of the spinach and mushrooms to avoid a soggy mess.

Quiche Lorraine with Spinach and Gruyere 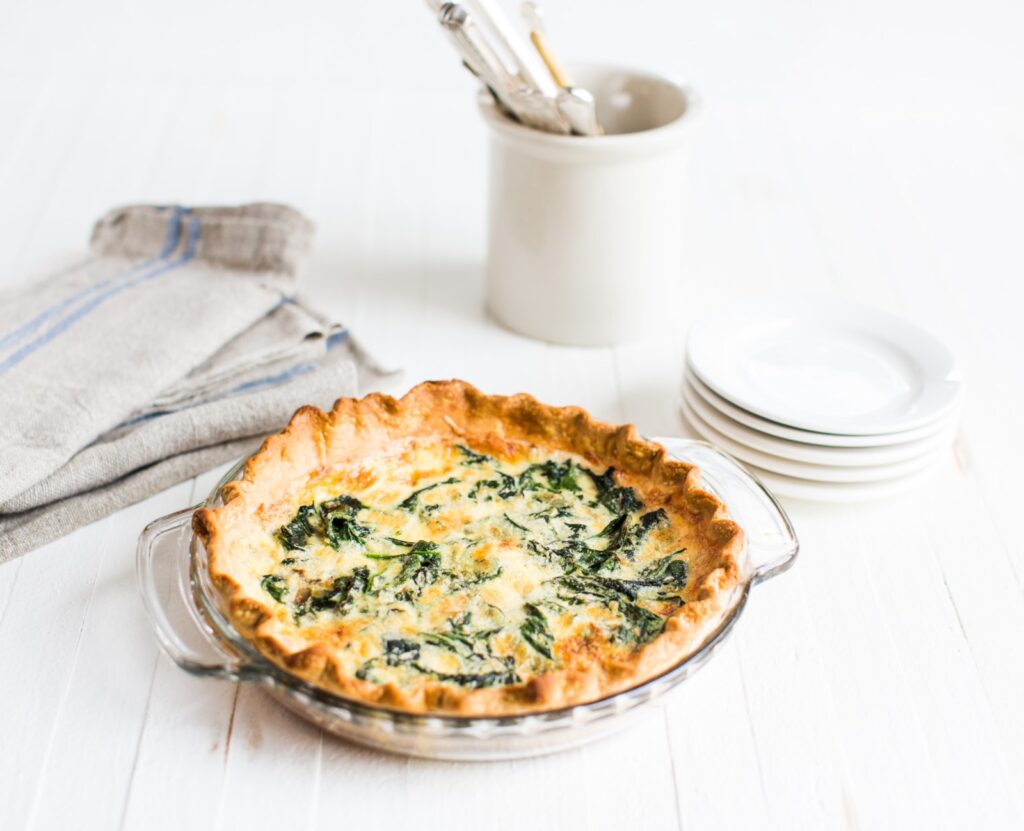