The photography for this post was provided courtesy of our friends at Saddleberk Berkshire Pork.

We at Heinen’s have long believed that being renowned in the products we carry is the only way to do business. After speaking with Saddleberk Farms, an Ohio-based Berkshire Pork producer, it was clear they felt the same. The company’s creation was based out of a distinct problem in the kind of pork being sold on the market: it lacked the kind of richness in quality that pork should have. This problem prompted three friends, Greg Lehman, Ed Hardin and John Sommers, to start the company in Urbana, Ohio. Although they have been business for just four years, Saddleberk has already made a name for itself by mastering the raising of the most coveted kind of pig: the Berkshire breed. 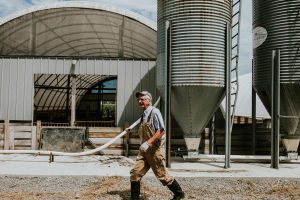 Why are farmers and customers dying to get their hands on the Berkshire breed? The meat from this breed is beautifully marbled, and along with that, it has a buttery texture that makes itself stand out from many different pork varieties that are far more dry and bland. Talking science, the pH levels in Saddleberk pork are unusually high, and this allows the meat to retain its moisture.

Saddleberk has also distanced itself from traditional factory farms when it comes to the way they raise pigs. While factory farms raise their pigs for 5-6 months, Saddleberk’s take an additional month, which helps explain why their products have such a distinct and rich taste. The happiness and livelihood of the pigs is also very important to the company, and they live in open air conditions that give them access to straw bedding and lots of sunshine. 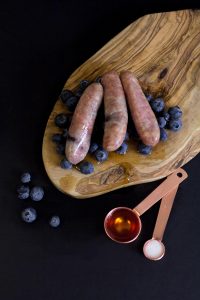 The four members of the Saddleberk team are frequently tinkering with pork recipes, and they currently have four different varieties that can all be found at Heinen’s. These creators are always adding to their recipe index, and so far, the styles of pork they make range from German brats to blueberry maple breakfast links. Even though nine out of every ten recipes they try end up being scrapped, this ensures that the special “one” they choose leaves a smile on the faces of everyone who eats it.

Moving forward, Saddleberk has no interest in expanding and becoming anything but a local pork supplier. By keeping their size in check, they are able to prioritize the taste of their product and ensure that all of their pigs are high in quality as both pigs and pork.

Partnering with such an esteemed company was a given for Heinen’s. It is rare to find a business so focused, and we are just as proud to have their products on our shelves as Saddleberk is to make them. 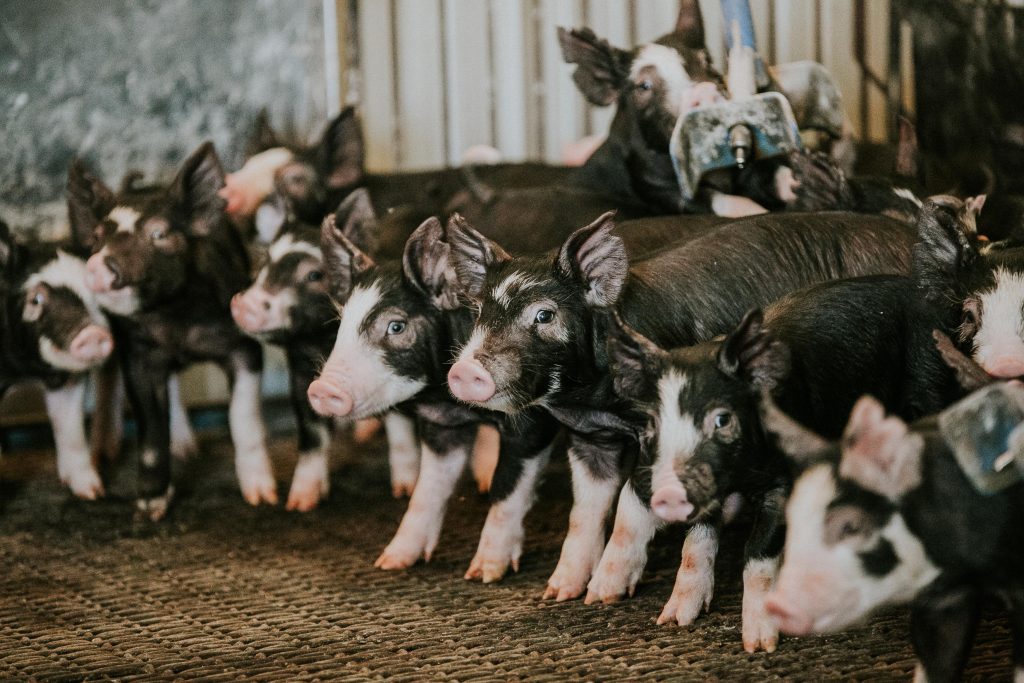