The following photography is courtesy of our friends at Sartori Cheese. For more information on their business (and cheese), visit them here.

When people think of cheese on a national and international level, two places likely come to mind: Wisconsin and Italy. With that in mind, it shouldn’t be surprising that a premier company such as Sartori Cheese has roots in Wisconsin while drawing inspiration from “the Italian tradition of artisan cheesemaking.” Sartori celebrates its 80th anniversary this year, and one of the quickest ways to get to know the company’s values and commitment to excellence is by looking at its family crest. 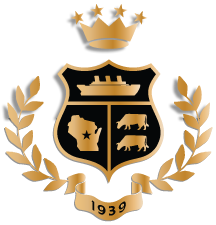 The crest is an homage to both the past and present of the company. The first thing the eye sees is The Finlandia, the steamer that brought founder Paolo Sartori to America in 1907. Below the crest’s ship is Sartori’s home state of Wisconsin, and by its side is a cow – a nod to their focus on using high-quality milk. Surrounding the three staples of the company is a crown, which references the importance of family, with four stars representing each of the generations that has had a hand in running such a successful business since 1939.

One of the secrets to this powerhouse’s success is the focus on high-quality ingredients, and Sartori believes you can’t have great cheese without great milk. Because of this, they partner with family farms throughout Wisconsin who only deliver “world-class milk.” They know the process of making cheese is important, but that wouldn’t be possible without having ingredients carefully produced by experts.

Instead of making the same kind of cheese varieties as their competitors, Sartori stands out as an industry innovator. They are constantly developing new flavors and forms of cheese, and it’s this ingenuity that earns them so much praise. One of these pioneer innovations is their BellaVitano, a wholly original type of cheese that is creamy, nutty and transformative in how it starts like a Parmesan and finishes like melted butter. Since its creation in 1999, new flavors of this cheese have been frequently added such as Balsamic, Black Pepper, Merlot and even Chipotle. Sartori’s accolades in cheese creation, however, do not stop at the BellaVitano. To name a few, their Dolcina Gorgonzola, Extra-Aged Asiago and Montamore Cheddar have all gone on to win major awards. 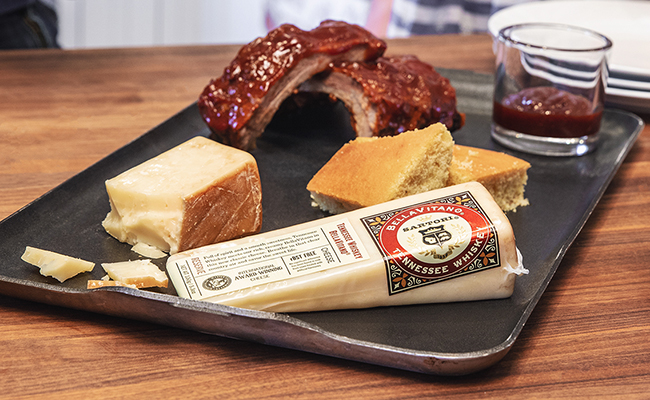 After eighty years, the company has grown immensely and has over 500 employees who are committed to providing the pinnacle of exceptional cheeses. This growth has not stopped them from working closely with family-owned businesses like Heinen’s, and although the fourth-generation owners are happy to have a place on our shelves, we’re happier to work with a company with rich cheese and an even richer history.