The following recipe and photography were provided by our partner, Kayla Breeden of Kayla’s Kitch and Fix.

Elevate your next tailgate with a better-for-you spin on traditional BBQ wings.

When I think of food for football season, BBQ wings typically rise to the top of my list. Deep fried and coated in sugar-laden sauce, I knew there had to be a healthier alternative, so I turned to one of the best veggie-based substitutes for meat: cauliflower!

Coated in tapioca starch and tossed in Primal Kitchen’s clean ingredient BBQ sauce, you’ll be amazed at how closely the crunch and flavor of these baked cauliflower bites resemble classic chicken wings!

You can’t have BBQ anything without ranch, so I whipped up a homemade ranch dressing too with the help of Primal Kitchen’s avocado oil-based mayo, coconut milk and loads of seasonings and spices. It’s just as good as the original and so much better for you!

The best thing about these BBQ Cauliflower Bites is that they’re Paleo and Whole30 compliant, so virtually anyone can indulge!

Bring these to your next tailgate and you’ll quickly be voted the MVP of the party!

For the BBQ Cauliflower

For the Ranch Dressing 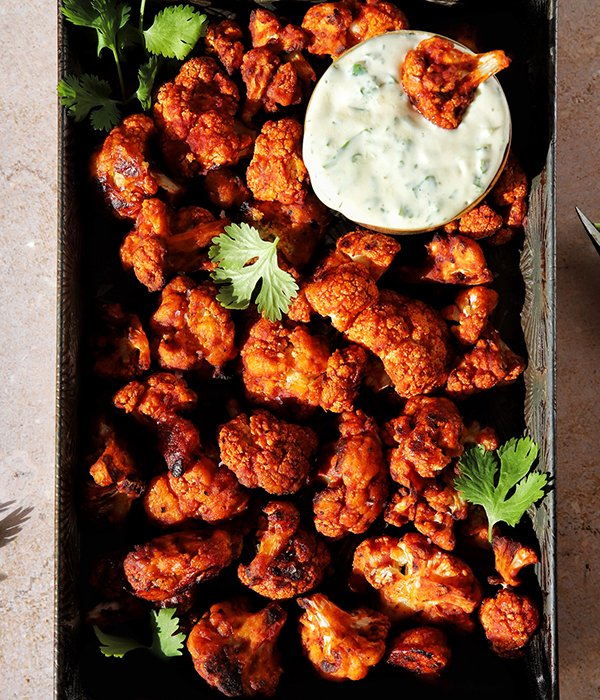