With the Lenten season in full swing and Easter just around the corner, we are gearing up for Bockwurst season!

Bockwurst is a German sausage traditionally served during the springtime and for a limited time, our butchers recreate Joe Heinen’s original Bockwurst recipe to dish out the tasty sausage made of veal, pork, spring chives and more.

In the words of Tom Heinen, “It’s a unique sausage because it’s primarily veal, and it’s interesting because it has milk in it. These are ingredients you don’t normally see in sausage.”

A favorite of the Heinen family, they often ate Bockwurst during breakfast. While you can certainly eat it whenever you choose, Tom now eats it for dinner, sometimes stocking up and freezing it to enjoy all year. If you don’t intend to eat it quickly, we recommend you do the same and freeze it for later.

So, how can you get your hands on this unique seasonal favorite?

Fresh Bockwurst will be available in your Heinen’s beginning April 8th at all Cleveland locations and April 9th in all Chicago locations. 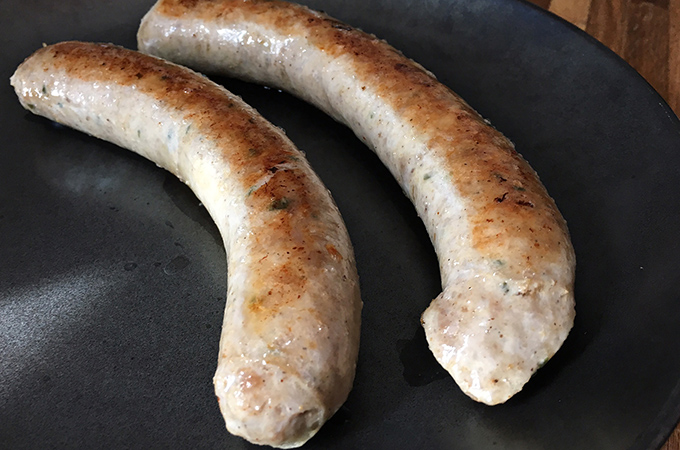 Unlike other sausages, Bockwurst doesn’t do well grilled. Here’s how we recommend you cook it:

Tom’s Tip: Finish off the Bockwurst by browning it in a pan (butter optional) to give the skin a slightly crisp texture.