The History of Heinen’s Premium Meat

When you walk into Heinen’s, the options for filling your pantry, refrigerator and freezer are endless!

However, the Heinen’s we know today did not always look like this; in fact, Heinen’s started as a butcher shop!

More than 92 years later, we’re looking back on where it all began – with Joe Heinen, a small butcher shop in Shaker Heights and an a hands-on commitment to sourcing high quality meat with an overarching respect for animal welfare.

The story begins in 1921. After graduating from John Hay High School, young Joe Heinen took a job with Cleveland butcher, Mr. Dedreux. After learning the butchering trade, Heinen proposed adding groceries to the butcher shop so customers could purchase all of their essentials in one place. Mr. Dedreux was not keen on the idea, but Heinen believed that the community would appreciate his vision.

Heinen took his butchering skills and opened his own shop near Kinsman and Lee in Cleveland’s Shaker Heights neighborhood, eventually adding groceries to his product assortment in 1933.

At the time, mixing meat and groceries was a revolutionary endeavor in itself, but as he evolved his trade, Heinen also set the local standard for customer service and product quality. 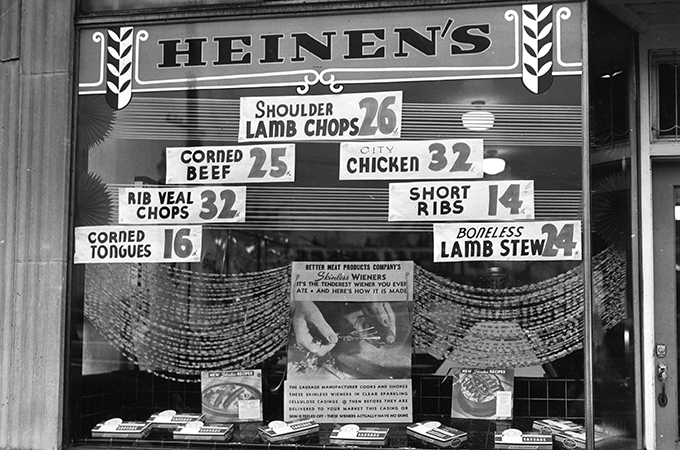 A pioneer for custom cutting and personalized service, Heinen strived to make each shopper’s meat buying experience unique to them, a value this still upheld in our Meat Department today. He believed that you have to find the best to sell the best, which fueled his desire to be hands-on in the sourcing and production of all of his meats. From lunch meat to ham, bacon and sausage, Heinen smoked all of his own meat in a smokehouse installed in his second store on Taylor Road.

When he was not smoking his own meat, he was traveling to the Akron stockyard to hand-select cattle. This was uncommon for a local grocer, but Heinen wanted to understand where his product was coming from to ensure that his unique standards were met. For example, although steers (male cows) offered more meat, Heinen always opted for heifers (female cows) because the eye (the muscle that runs through the middle of the animal and produces rib roasts, strip loins and tenderloins) was of much higher quality for his customers. 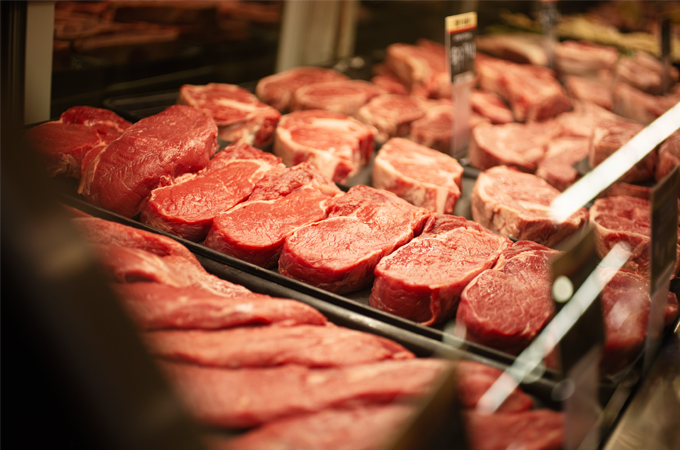 Although the meat industry has seen many changes since Joe Heinen first opened his butcher shop, we continue to follow his philosophies of “buying the best to sell the best” and “knowing our sources.” This allows us to provide our community with high-quality meat from animals who are guaranteed a high-quality life.

These philosophies often have our team of meat experts on-the-go, taking frequent trips to visit our partners and experience their operations firsthand to ensure that our values of animal welfare and quality are continuously upheld. At the end of the day, the two go hand-in-hand.

From local, Midwest poultry farms to family-owned California cattle ranches, we’re willing to search the world and verify that our partners adhere to our specific and transparent standards, just as Joe Heinen would have done.