Bright with a citrus marinade, colorful fish, veggies and rich feta cheese, this standout meal is sure to brighten a bleary winter’s day. It always bothers me to throw away marinade, so I especially love how this recipe gives it a second life by pouring it over the fish and vegetables. It’s ok to do because it gets a good cooking along with the fish and zips up the flavor of the vegetables as they continue to cook and steam in their very own sauce. It’s a smart and easy way to coax more flavor out of your skillet. 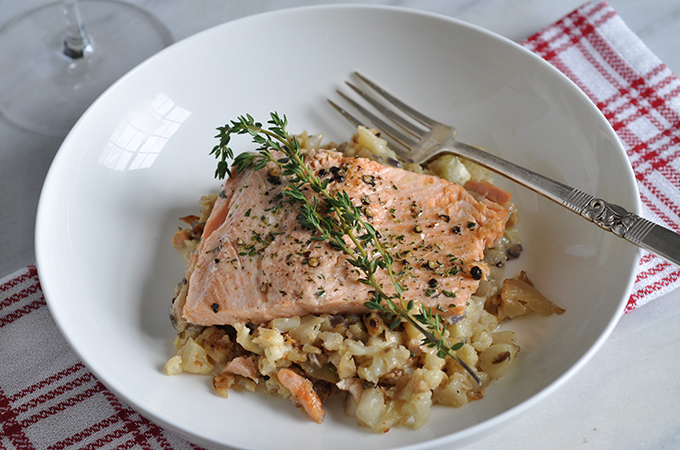 It’s that easy: Feta cheese is usually made with sheep’s milk with a little bit (30%) of goat’s milk blended in. For the record, full-on goat’s milk feta is creamier than the sheep’s milk versions and slightly less tangy. Look for it in Heinen’s Specialty Cheese Department.

Extra Hungry? Something green would be refreshing, like an arugula salad with shaved carrot (just use a vegetable peeler), a splash of lemon juice from the unused half lemon and a glug of olive oil. If you feel like it, toss the unused orange half in the salad as well.

In the glass: Look for a bottle of Louis Jadot Beaujolais Villages to pair with this meal. It has the fruit and just enough body to work with the trout. I like to serve Beaujolais a little more chilled than most reds. Just pop it in the freezer for 10 minutes while you’re preparing the meal. It should be just right by the time dinner is on the table.