One of my favorite cookbooks on my bookshelf is titled “Plenty” by Chef Yotam Ottolenghi. I was first drawn to it by the beautiful photography but, after thumbing through the pages, I soon realized that the holistic nature of the foods he prepares is in exact keeping with how I want to eat and how I want to feed my family. The recipe I’m making today is a slightly altered one that he and Chef Sami Tamimi prepared together for a 2014 Bon Appétit feature. I now have three of his cookbooks and have made many of his dishes. Yotam seems to be a master at catching food at the peak of its season and highlighting the natural flavors to bring out the best in its natural simplicity.

For today’s Cooking with Heinen’s post, I wanted to highlight some of the food you see when you first walk in the door. The local produce grown on farms not far from where we live. The fact that Heinen’s brings these local, homegrown bounties to the store allows us to have a farmers market at our disposal at any time. In these salads we used local eggplant, cucumbers, tomatoes and red onion.  The fried eggplant salad was gone in an embarrassingly short amount of time.  I think I saw my son physically move my daughter over so he could get the last bite. We will definitely add this salad to our meal rotation as long as these ingredients are in season. I hope you’ll try it and that you will enjoy it as much as my family did.

Eggplant is like a sponge. Salting it dries out moisture and firms up the flesh and deep-frying it ensures it cooks evenly until creamy throughout. I assure you that this process is well worth your time.

*I altered the recipe to suit my family who does not care for spicy chiles.  I doubled the garlic and omitted the chile. 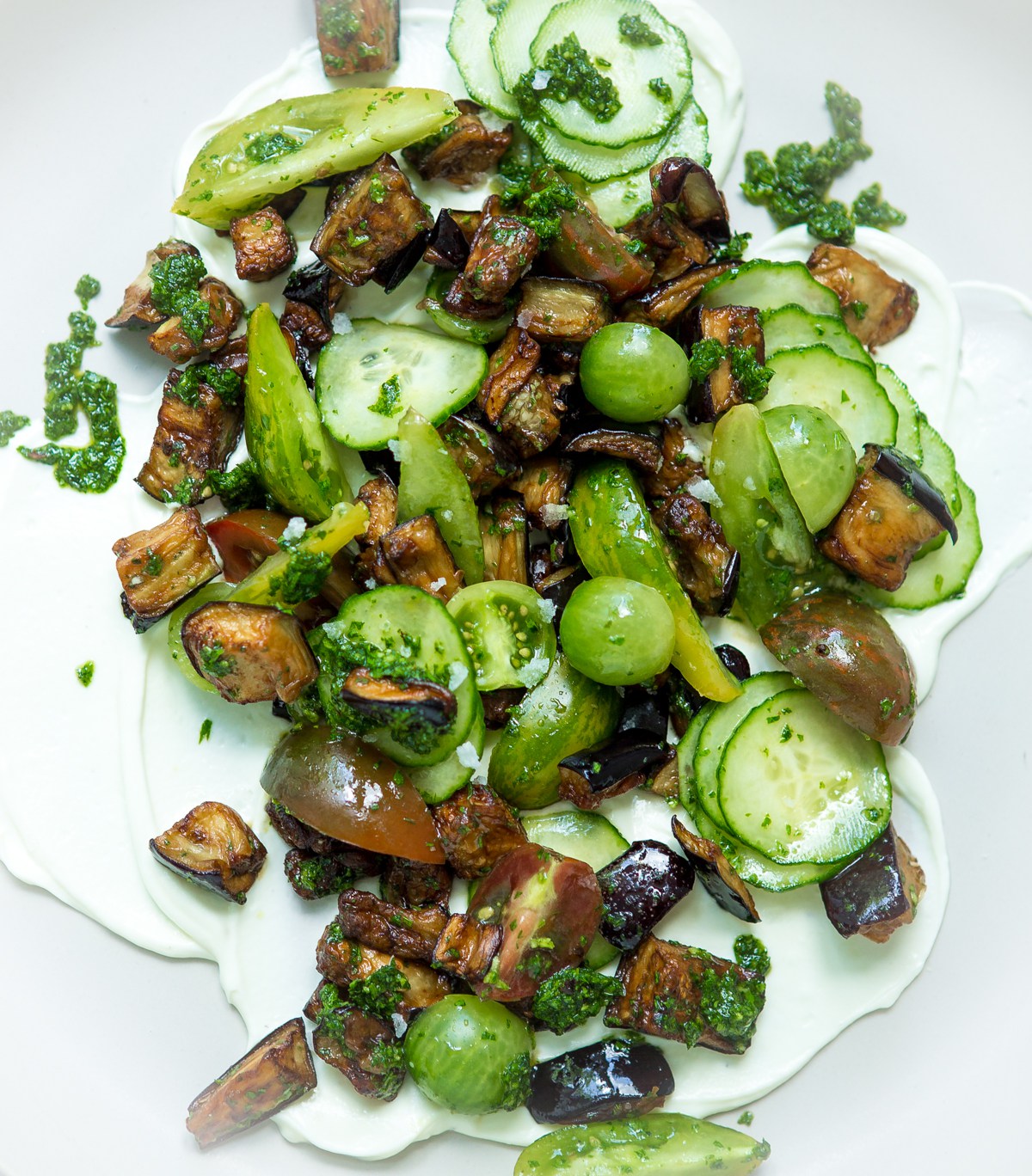 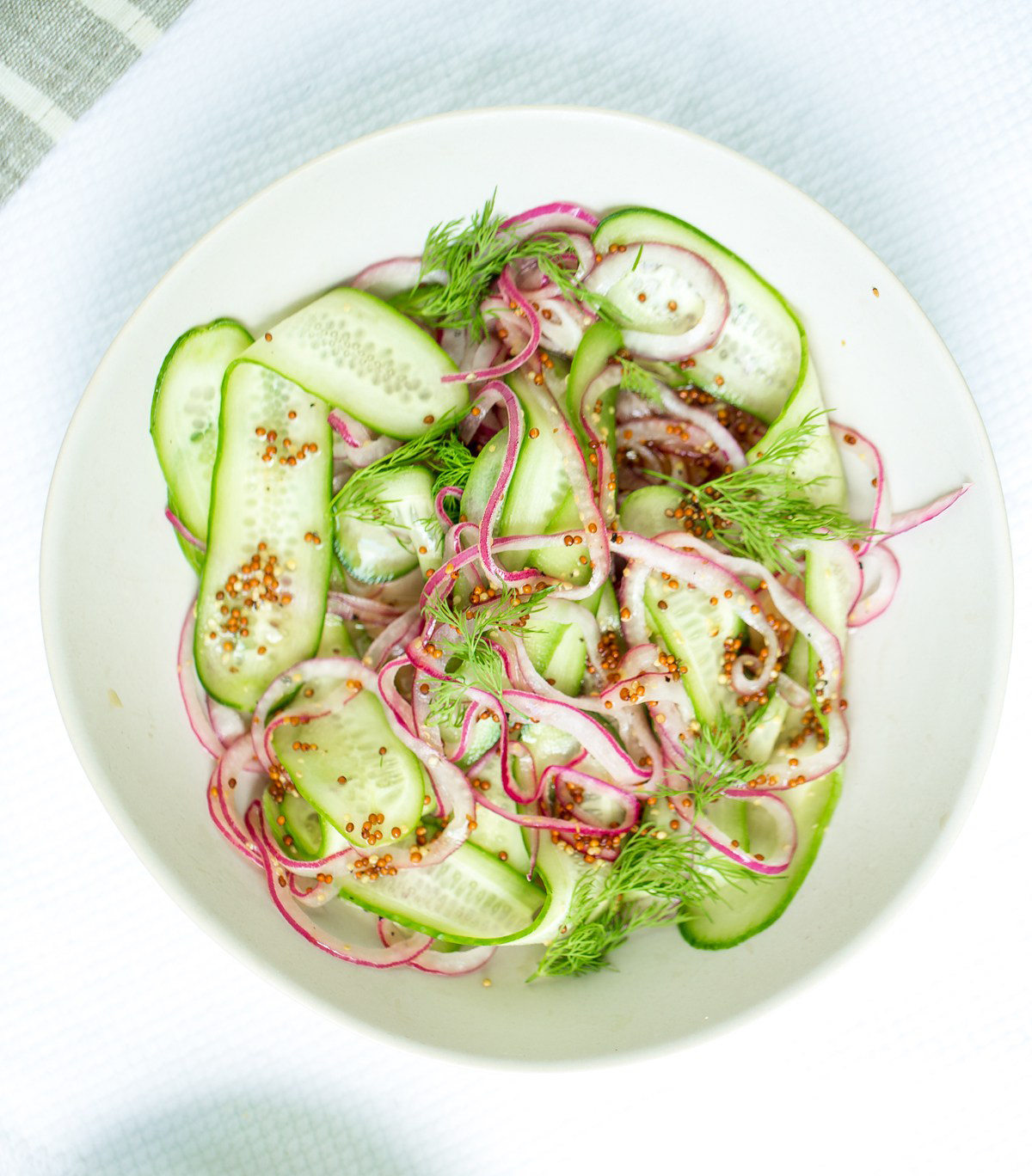 Growing up we always had freshly canned vegetables, homemade jams and plenty of homemade pickles. Cucumbers were always a staple in our refrigerator. Cucumber salads were usually on the table at dinner. My mom would soak the sliced cucumbers in a salty brine (and by salty brine I mean 1/4 cup of salt to maybe a tablespoon of water) let it sit while the rest of the dinner was being prepared, then drain and rinse them. This ensured that when she made the cucumber salad they were extra crunchy and had some of that salty flavor soaked into it. Often times she would mix whatever was in the garden, dill, fennel, onions or tomatoes adding vinegar and sometimes a bit of sugar. This Cucumber Dill Salad is a throwback to my dinner memories from home.