Tagine with Fish and Preserved Lemon

I’ve just returned from a two-week adventure in Morocco. I have so much to share. I can’t wait to tell you all about my journey and show you how to prepare some of the simple flavors of Morocco. I will be posting a bit at a time as I sift through thousands of photos and organize my thoughts. For now, let me share my obsession with the tagine. 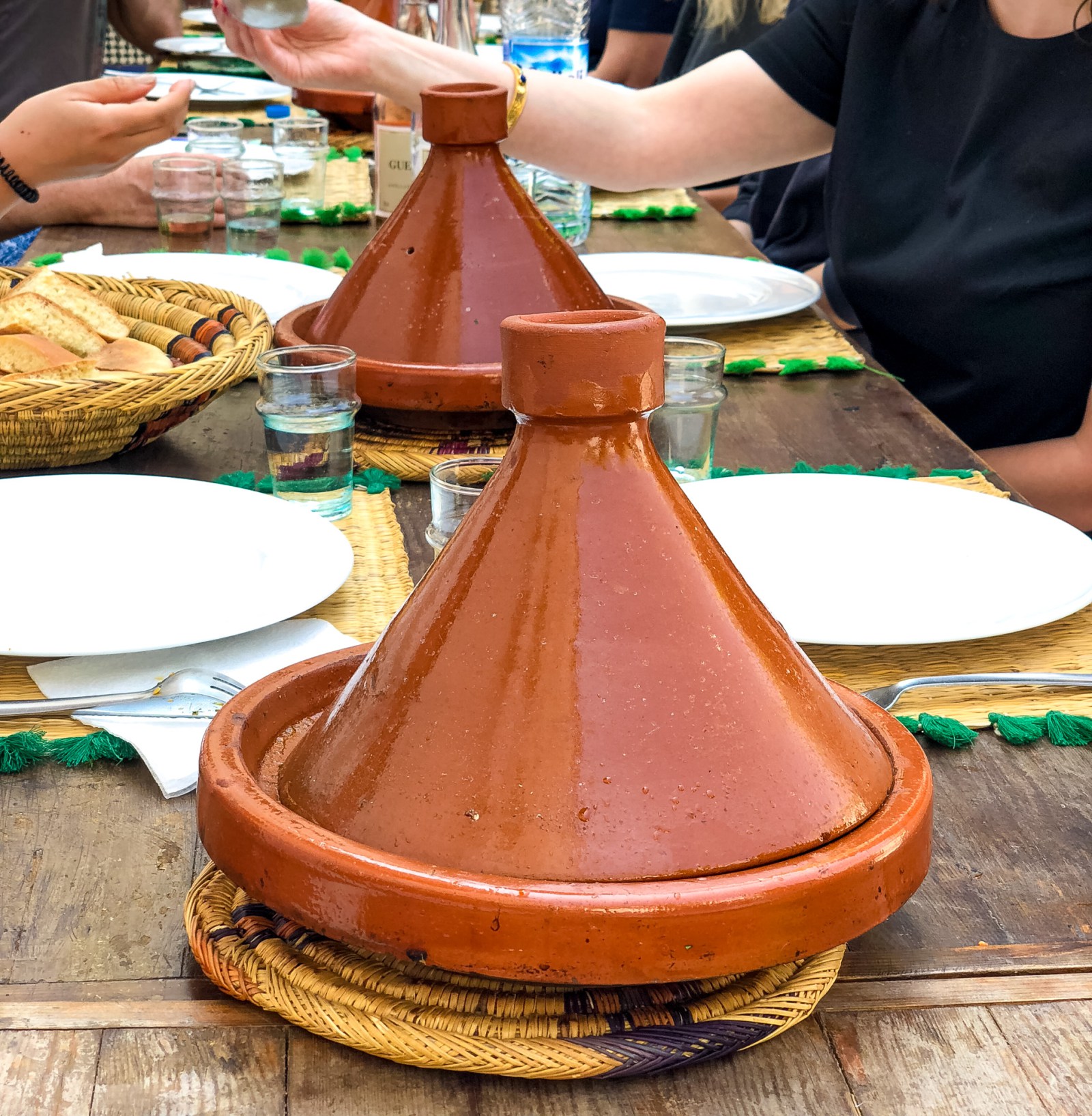 A tagine is a simple clay pot with a heavy, vented lid. The word tagine has two meanings…

First, it refers to a type of North African cookware typically made of clay or ceramic. The bottom is a wide, shallow, circular dish used for both cooking and serving, while the top of the tagine is distinctively shaped into a round dome or cone.

Second, the word tagine refers to the succulent, stew-like dish which is slow-cooked in the traditional cookware. Typically a tagine is a rich stew of meat, poultry, or fish and most often includes vegetables or fruit and sometimes nuts. Vegetables may also be cooked alone for delicious vegetarian dishes. You may know how much I love my Le Creuset cookware. I’m happy to see that Le Creuset now makes a tagine. It’s on my list. HOWEVER, if you don’t want to run out and buy a new piece of cookware for your kitchen you can adapt this recipe to any Dutch oven-style pot that has a lid that can be vented.

Tagines are primarily used to slow-cook savory stews and vegetable dishes because the dome-shaped lids trap steam and return the condensed liquid to the pot. Therefore a minimal amount of water or liquid is needed to cook the meats and vegetables to buttery tenderness. This method of cooking is very practical in the area where water supplies are limited and where public water is not yet available and it helps tenderize inexpensive cuts of meat.

The traditional method of cooking with a tagine is to place it over hot coals. Sometimes the ingredients are placed into clay pots and buried under the coals. In our modern kitchens, we can easily put the tagines on the cooktop on low heat simmer to obtain the same effect.

One of the most common ingredients in Moroccan cooking is preserved lemons. Originally, lemons were preserved for the same reason all things are preserved – to store and eat them past their season. The earliest reference to preserved lemons dates back to the 11th century in Arab Mediterranean cuisine. Over the past thousand years, salt-cured lemons have made their way north and west joining the cuisines of Israel, Iran, Turkey and India. It wasn’t until most recently that this delicious ingredient has made its way into English cookbooks. I am beyond thrilled to explore a country that values a lemon in cooking as much as I do in my cooking. For me, lemons find their way into all sorts of dishes from Ice cream, cakes and tarts, jams, vegetables, rice, chicken, fish, meat … it adds a layer of flavor to anything you cook it with. The bright, fresh-looking lemons are pretty but locals say, for the best flavor, you want the ones that look old and slightly browned.

Here you can see the older ones on the top shelves and in a blue bowl in the back. The pot of red paste is Harissa, my second love. More about that coming soon. If you can’t find preserved lemons on the store shelves, I have included a recipe to make your own. 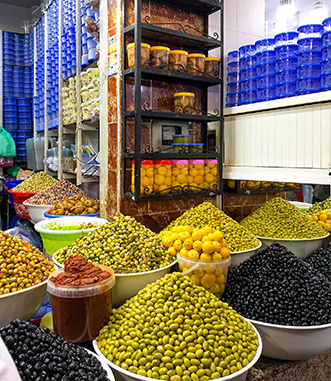 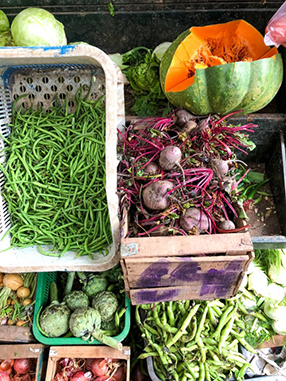 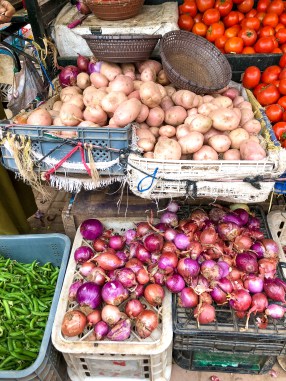 Shopping in the medina for our ingredients makes me appreciate Heinen’s Grocery.

If it’s been a while since you’ve purchased spices think about replacing them. When in doubt, buy fresh ones. These dishes are so simple but the power of fresh herbs and spices adds layers of intense flavor. Don’t use old spices that have lost their flavor. Life is too short.

Preparing the tagine is easy. Simply layer the ingredients as instructed, cover and simmer. Your kitchen will smell amazing as the flavors marry.

Tagine with Fish and Preserved Lemon 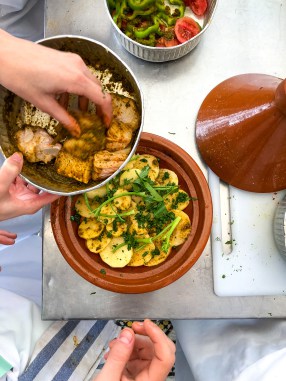 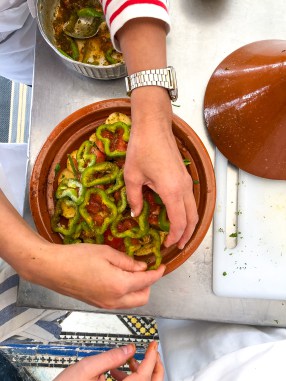 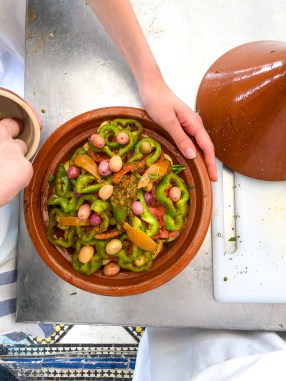 *In most countries preserved lemons are not stored in the refrigerator, they’re simply kept in a cool, dark place. I’ve added the recommendation to store in the fridge based on USDA guidelines. Store them according to your own preference.