The following recipe and photography were provided courtesy of Pear Bureau Northwest.

This is a pear-y twist on the classic Moscow Mule cocktail. With the warming effects of ginger and cinnamon and the scent of fresh rosemary, it is the perfect party starter for any gatherings. The first step is to steep a pear simple syrup that is truly simple to make. If you’re serving multiple people, mix the vodka, syrup and lime juice in a pitcher so that all you have to do is pour some into an ice-filled glass, top with club soda and garnish with a slice of juicy pear, a sprig of rosemary and a cinnamon stick for extra flare. Copper mug optional!

For the Pear Simple Syrup 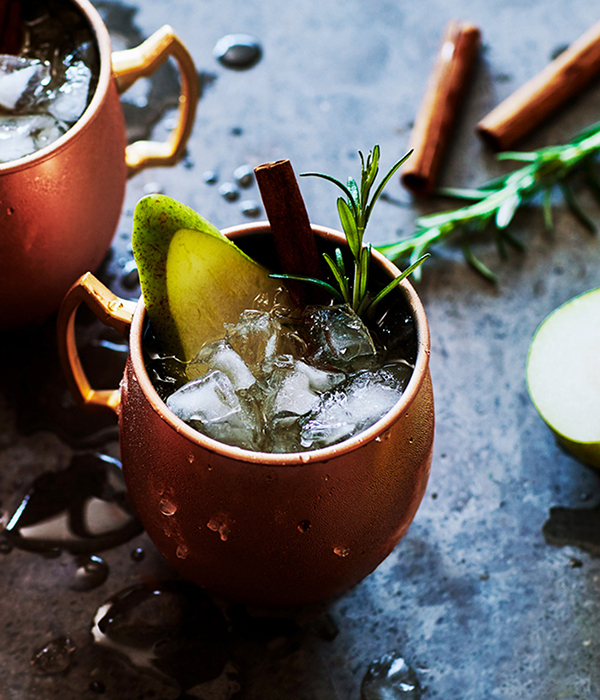 Click Here to Print the Recipe for Pear Moscow Mules.